Marinko Matosevic's impressive upset of Fernando Verdasco has set up a tough assignment against Rafael Nadal at the Monte Carlo Masters. 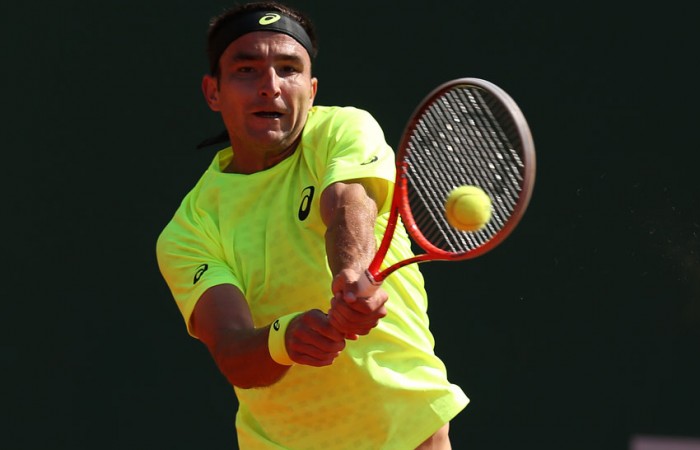 Australian Marinko Matosevic faces the toughest ask in tennis after winning his first match on clay in almost a year, upsetting Fernando Verdasco 7-5 6-3 at the Monte Carlo Masters on Tuesday.

But the No.54 won’t have time to celebrate an upset of Spain’s former ace.

Instead, he will become just the first obstacle placed in the path of Rafael Nadal as the king of clay begins a bid for an unprecedented ninth straight championship at the Country Club overlooking the Mediterranean.

Matosevic sprang a surprise on Verdasco, the one-time clay powerhouse and 2010 runner-up here to Nadal, going through to the second round in a struggle as his Spanish opponent fought back at the end in the one-hour, 51-minute contest.

Matosevic saved nine of the dozen break points he faced while breaking the 31st-ranked Verdasco on five occasions.

The Australian last won a clay match in the first round of French Open qualifying last May after earning his last ATP win on the surface in Munich a few weeks earlier.

Nadal takes a fearsome 42-match win streak in Monte Carlo into his second-round opener after a bye. The 11-time grand slam champion last lost in the principality as a teenager in 2003 to Guillermo Coria.