In the lead up to the Australia v Uzbekistan Davis Cup tie, Australian Tennis Magazine caught up with Uzbek No.1 Denis Istomin. 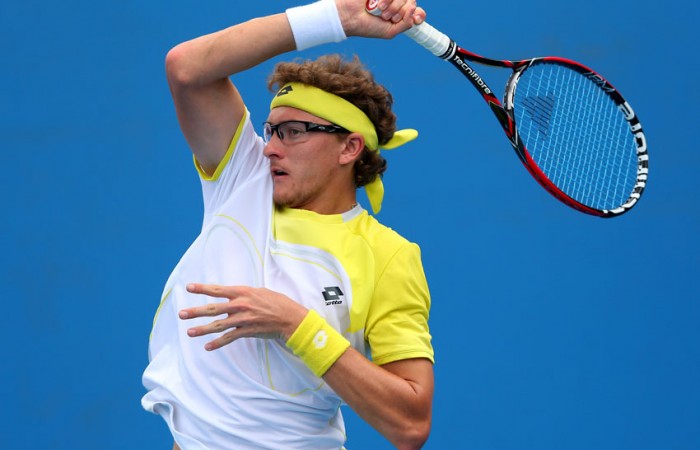 All professional players overcome challenges but few of them are as dramatic as the one faced by Denis Istomin, who almost didn’t make it on tour at all after a serious accident as a teenager. Now Asia’s top-ranked player, the Uzbekistani is setting a solid example for others to follow.

For a man who seems as amiably bashful as Denis Istomin, the rise to become his country’s most successful tennis players ever could come with its pressures. Far from intimidated by his position, however, the top 50 Uzbekistani embraces it.

The professional tour is a place that Istomin has worked harder than most to be too. In 2001, aged 14 and on his way to a Futures event in Uzbekistan, Istomin was involved in a serious car accident. His leg badly broken, the resultant surgery left him with 80 stitches and required a three-month stay in hospital. It was two and a half years before the teenager picked up a racquet again.

What might have been a career-ending episode for many young players in fact helped develop the resilience that would one day help Istomin claim wins over David Ferrer, Richard Gasquet, Lleyton Hewitt and other top names in the tennis world. Istomin thanks his mother, Klaudiya Istomina – who’d also introduced him to the game– for instilling the belief that it was possible.

“When [the accident] happened, I didn’t think about a comeback,” he admits. “Then I was lucky that I recovered well. My mother started practising [with me] and just kept telling me ‘keep working, we can do it’. So again, my mother brings me a second time to tennis. She wants me to play tennis. Now I’m here and I’m so happy for it.”

Female coaches – especially mothers – are a rarity on the ATP Tour, but Istomin believes they form a valuable partnership.

With 12-year-old brother Anton still in high school and also requiring his mother’s attention, Klaudiya attends only a limited number of events with Istomin each year, focusing on the Grand Slams and other big tournaments.  The balance is working well, with Uzbekistani a regular quarterfinalist at smaller events and achieving his best Grand Slam result with a fourth-round run at Wimbledon 2012, where he lost to Mikhail Youzhny in the fifth set.

Likely to play the leading role in this month’s Davis Cup play-off against Australia, Istomin is pleased to positively influence tennis in his homeland, where tennis is starting to match soccer and wrestling in popularity. “It’s very popular because our President was playing tennis and supported a lot of players, especially from the Federation,” he said.

“There has been big support. I hope we begin to get to more players from Uzbekistan.”

Read the full feature in the April issue of Australian Tennis Magazine.