Aussies Colin Ebelthite, Jonathan Cooper and Storm Sanders have advanced to the finals of the City of Ipswich Tennis International Pro Tour event. 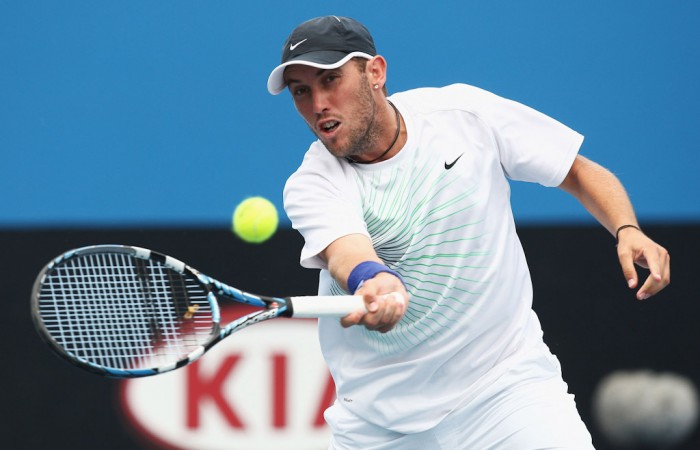 Jonathan Cooper has continued his giant-killing run at the 2013 City of Ipswich Tennis International, with the 21-year-old qualifier advancing to the men’s final.

The New South Welshman started the week as a qualifier but has now won six straight matches in Ipswich after beating seventh seed Jordan Thompson 6-2 6-4 in Saturday’s semifinals.

It looked as though Thompson would square the match at one set all after he lead the second set 4-2; however, Cooper lifted his game to reel off four games in a row and book a place in the final.

South Australian Colin Ebelthite will be Cooper’s opponent in Sunday’s final after he defeated top seed Rubin Statham of New Zealand 6-4 6-0 in just over an hour.

Ebelthite will enter the final having not dropped a set all week, and will be searching for his first Pro Tour singles title since 2010 and the ninth of his career.

Ebelthite will start as favourite after having defeated Cooper 6-4 6-4 three weeks ago at the ATP Challenger event in Sydney.

In the women’s event, West Australian Storm Sanders stretched her Pro Tour singles winning streak to 11 matches on Saturday with a 6-3 6-3 victory over second seed Erika Sema of Japan.

Entering the event unseeded, Sanders has now defeated the third, sixth and second seeds en route to the final.

Her backhand up the line was a weapon throughout the match, and Sema struggled to stay with Sanders in the hot conditions.

Sanders will be aiming for the second title of her career after winning her maiden title at the $25,000 event in Launceston in February.

In the Ipswich final she will take on Croatian qualifier Jelena Pandzic, a player on the way back from injury after reaching a career-high ranking of No.136 in 2008.

Pandzic defeated Thai opponent Noppawan Lertcheewakarn 7-5 6-4 in the longest semifinal of Saturday’s schedule, and will be aiming for her 10th – and biggest – ITF title of her career on Sunday against the vastly less experienced Sanders.