Australia’s 2013 junior grasscourt champions were decided on the weekend at the 12s and 14s National Grasscourt Championships in Mildura. 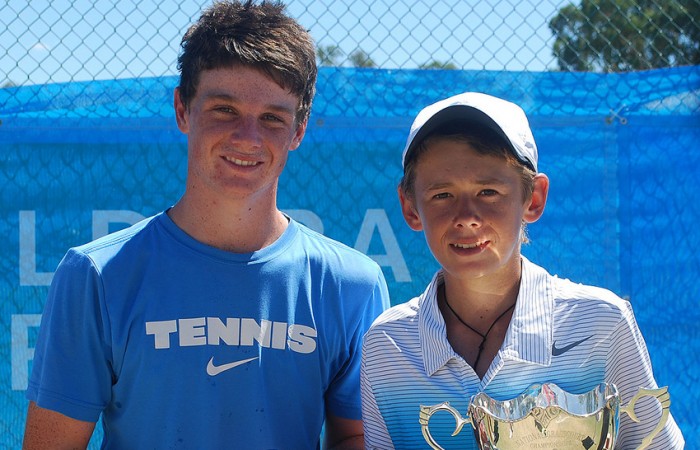 The six-day tournament saw 245 athletes compete for the first national titles of the year and the only junior titles played on natural grass.

Hijikata defeated the No.2 seed Connor Di Marco (Mill Park, Vic) and No.3 seed Codey Gunn (Narre Warren, Vic) on his way to his crown, while May dismissed the top seed Stefan Norodom (Kidman Park, SA) for a berth in the last round.

Kramer had upset top seed Sasha Bollweg (Parkwood, WA) in the previous round 6-1 7-5.

The next big event on the Junior Tour calendar is the 2013 12s and 14s National Claycourt Championships taking place at the George Alder Tennis Centre in Ipswich, Queensland in April.