Maria Sharapova advanced to the semifinals of the Qatar Open by beating 2011 US Open champion Sam Stosur 6-2 6-4 on Friday. 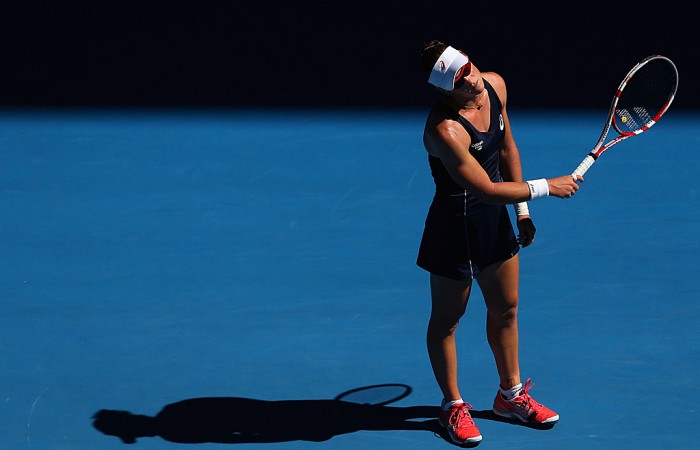 Maria Sharapova advanced to the semifinals of the WTA Qatar Total Open by beating 2011 US Open champion Sam Stosur 6-2 6-4 on Friday.

The third-ranked Russian, looking for her third title in Doha, broke Stosur twice – including in the opening game of the match – to lead 4-1 and then hit a backhand down the line to make it 5-1.

She closed out the set when the ninth-ranked Australian hit her return long.

Sharapova jumped out to 3-0 in the second set but Stosur staged a brief comeback. She had a chance to level at 4-4 when she led 15-40 in the seventh game, but Sharapova erased those break points with two consecutive aces, and eventually went on to win the game.

Disappointingly for Stosur, Sharapova clinched victory when her final backhand clipped the tape and dropped dead on Stosur’s side of the court.

“I was happy because Sam certainly stepped up her level in the second set, and despite, you know, losing a couple of more points than I would have liked to and losing my concentration, I really started playing well when I had to and being aggressive at the right times,” Sharapova said.

“After not serving well for about a set and the beginning of the second, on the important points, when I had to, I came up with really great first serves. That helped me win.”