Updated: Feel like heading down to Melbourne Park for a spot of doubles with Pat Rafter and Goran Ivanisevic followed by a tennis lesson with Jim Courier? 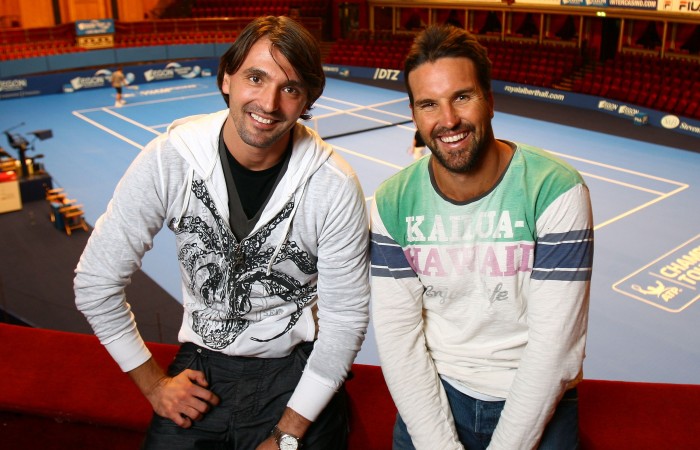 The tennis community has long shown an ability to rally quickly when extra help is required. That’s especially true when it comes to coming together for a man as universally loved as Andrew Florent, a former Australian player who was diagnosed with cancer this week.

Shocked and deeply saddened by the news of Florent’s serious illness, current and former players including Roger Federer, Pat Rafter and Jim Courier have rushed to support to help raise funds for Florent and his family.

Up for grabs is an Ultimate Tennis Experience that includes two tickets to the women’s and men’s Australian Open finals, a tennis lesson with Courier and the chance to play doubles with Rafter and Goran Ivanisevic on Saturday. There are also two seats to next Saturday’s Legends Lunch, where special guests will include Rod Laver and Andre Agassi. Most appealing for many fans will be a photograph with the winner of Sunday’s men’s final.

The Melburnian’s best achievements on the ATP Tour were in doubles, where he claimed three career titles (one with Josh Eagle) and rose to a personal-best world No. 13 in 2001. Florent was also runner-up in the Australian Open boys’ event in 1988.

After retirement as a player Florent worked for a time as a coach, with charges including Mark Philippoussis and Meaghan Shaughnessy. Now married to Rachel and the father of young sons Oliver and Jai, Florent has since worked in home sales in Melbourne.

He remains very much a part of the Australian tennis community, former tour-mate Paul Kilderry describing his close friend as “one of the most popular tennis players in the world.”

It was a sentiment echoed by Australian Open Tournament Director Craig Tiley. “Andrew Florent’s illness has come as a massive shock to all of us in Australian tennis,” he said.

“’Flory’, as we know him, is one of the great characters of Australian tennis and has forged lasting friendships with both current and former players and those involved in tennis around the world.”

Items donated by tennis superstars are up for auction on eBay. Place your bids by following the links below:

Those people wishing to further support Florent and his family can also make donations to WA Charity Direct, which has set up a special fund. All donations are tax deductible and WACD does not charge any handling fees, so 100 percent of contributions go directly to Florent’s family. Details can be found at www.wacharitydirect.com.au