West Australia’s Bojana Bobusic has been awarded the final wildcard to the Moorilla Hobart International 2013 starting on Sunday. 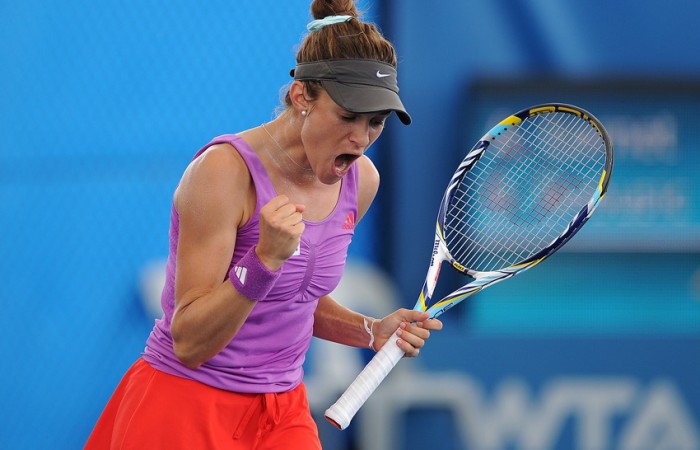 West Australia’s Bojana Bobusic has been awarded the final wildcard to the Moorilla Hobart International 2013 starting on Sunday.

Bobusic will play the Hobart main draw for the first time after she was defeated in qualifying last year by Great Britain’s Heather Watson.

“I’m really happy. I got to play Hobart in 2012 in qualies and I really enjoyed the event. So to be able to play it again in the main draw is a real bonus,” said Bobusic.

“It’s a really great environment, I played on centre court in front of a crowd and I really enjoyed that, the court played well and it’s a really nice centre. I’m happy to be back again.”

Bobusic has had a whirlwind couple of weeks winning the Australian Open 2013 Play-off in late December, earning direct entry into the first Grand Slam of the year, and earlier this week qualified for the Brisbane International, a WTA Premier event.

“I’m feeling good. In Brisbane I got four matches and pulled up really well from those. I feel like I have a lot of matches under my belt and coming into Australian Open and Hobart I’m feeling fit and healthy,” added the world No.331 who defeated the likes of world No.120 Karin Knapp (ITA) and world No.104 Kristyna Pliskova (CZE) in Queensland.

“I just want to keep doing what I’ve been doing and continuing the same routine. It’s now just trying to keep the body ticking over, I’ll still get some court time over the next few days but right now it’s more about recovery, getting the body right for Sunday or Monday.”

“Bojana has come back from injury in 2012 and is looking strong and healthy to do well this summer.

“We’re happy we can give her this opportunity to set her up before she competes in her second Australian Open,” he added.