Bojana Bobusic racked up her eighth straight victory of the Australian summer on Sunday with a Brisbane International qualifying upset over Czech Krystina Pliskova. 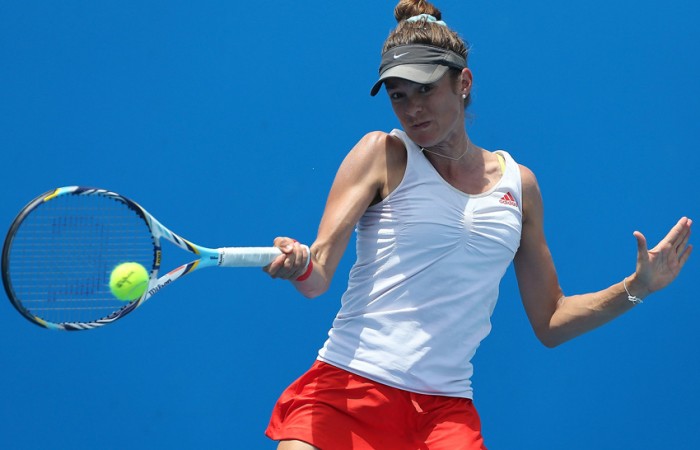 Super-fit Bobusic, ranked No.334 in the world, racked up her eighth straight victory of the Australian summer on Sunday with a tense three-set Brisbane International qualifying upset over lanky Czech Krystina Pliskova.

Despite requiring a wildcard into qualifying in Brisbane, she’ll now play Frenchwoman Alize Cornet in the first round where the winner’s prize will be a meeting with Serena Williams.

But for all that, the Belgrade-born and Perth-raised University of California sociology graduate skips into the main draw with a mountain of belief.

The unheralded Bobusic already has a surprise spot in the Australian Open in two weeks thanks to her Open wildcard play-off victory this month, winning five straight matches at Melbourne Park.

“I gained a bit of confidence there (in Melbourne),” she said. “I’m just playing each match at a time, but things are coming together well.”

Bobusic’s 6-4 4-6 6-4 win over world No.104 Pliskova was her third straight three-set qualifying win in the Brisbane heat, helping her join Samantha Stosur, Jarmila Gajdosova and Olivia Rogowska in the 30-strong main draw.

Looking lean and hungry after overcoming a problematic foot injury, Bobusic scampered around the court like a greyhound and gave the lanky Czech few easy points.

“I actually really enjoy playing in the heat and humidity,” she said. “For me it’s a bit of an advantage.

“It’s nice to know physically I’m in shape that I can last three matches and three sets each.