World No.9 Sam Stosur will take centre stage at Pat Rafter Arena on December 31 to bring in the New Year with her fans at the Brisbane International. 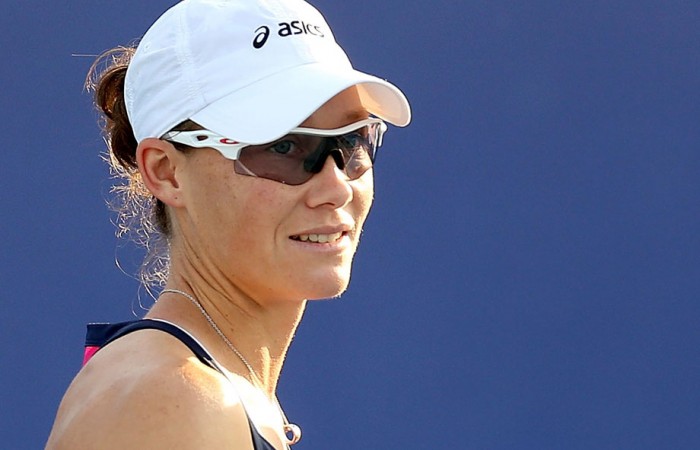 World No.9 Sam Stosur will take centre stage at Pat Rafter Arena on December 31 to bring in the New Year with her fans at the Brisbane International.

“I also get a chance to play in-front of my family and friends which doesn’t happen that often,” added the 2011 US Open champion.

Other entertainment at the Brisbane International’s New Year’s Eve night match includes a live band from 5:30 pm at Tennis Central; stay tuned for details. Plus activations and giveaways at the Suncorp Clubhouse, Lexus, Nova, Courier Mail and Channel Seven sites and Sirromet Wine Bar for the adults.

“Stosur, an Australian favourite, is one of the world’s best and an exciting talent to watch play, so she is sure to put on a great show for her fans.

“The action at the Brisbane International will occur off court also at Tennis Central, which is bigger and better this tournament, and boasts lots of fun activities for patrons.

“Tennis goers will get the chance to capture their New Years Eve Brisbane International experience at the Suncorp Clubhouse photo booth then feel like tennis champs by enjoying a hit on the Tennis Hot Shot courts at the mini Pat Rafter Arena.

“Nova 106.9 will again be taking care of all things musical on the Nova stage … and don’t forget to look up as the Courier Mail blimp will be circling the Queensland Tennis Centre from the air,” added Pearson.

Stosur is the first Australian woman since Wendy Turnbull to finish in the world top 10 three years running.

Earlier this month the 28-year-old Queenslander received the Newcombe Medal for being Australia’s most outstanding player in 2012.

Tennis fans will get the chance to see Stosur ahead of the Brisbane International at the official draw ceremony, which will be held at the Westfield Shopping Centre in Carindale from 10:30 am on Saturday 29 December 2012.

“I’m really looking forward being a part of the Brisbane International draw; it will be great to meet some of my fans and find out first-hand who my opponents will be,” Stosur said.

Brisbane International 2013 single tickets plus series packages are now on sale. Ground passes for the event are $16.90.