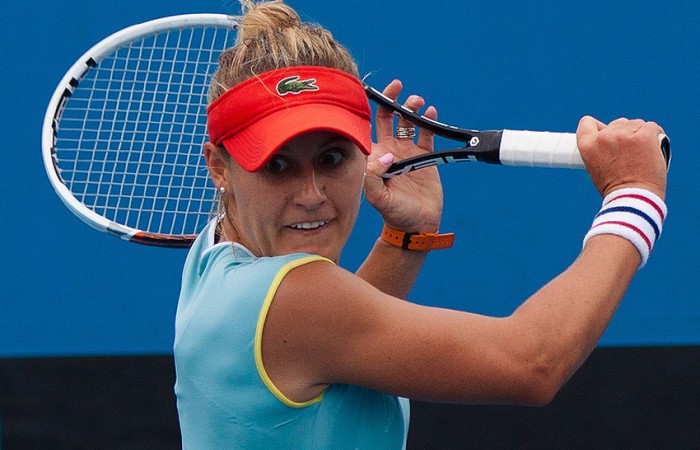 Sydney’s Monique Adamczak has earned a deserving place in the Australian Open 2013 Play-off semifinal after producing a straight set victory over Viktorija Rajicic.

Rajicic began on serve although Adamczak was not about to waste any time, seizing a break as early as the first game and getting off to an undoubtedly promising start.

With Adamczak up 40-0 in her first service game, an error by Rajicic saw the third seed move ahead 2-0.

Victorian Rajicic then picked up her game, yet another comfortable service game in the fourth game helped Adamczak to a 3-1 lead.

Rajicic’s top spin forehand was beginning to find its range, but Adamczak maintained an aggressive approach. It became apparent that the 29-year-old’s greater experience would prove too much for her 18-year-old opponent.

“Obviously I just try to use my experience and try to stay calm out there and play each point at a time,” Adamczak reflected.

Although Rajicic was able to win an exceptional rally in the seventh game, she couldn’t stop Adamczak storming ahead 5-2. The Sydneysider closed out the opening set shortly after.

To begin the second set, Rajicic held at bay a net-rushing Adamczak before putting away the point with a deep smash, the Victorian going on to hold serve, a much brighter start to this set compared with the first.

However it was not long before Adamczak broke back, and thanks to some solid serving, the No.3 seed had built a 4-2 lead.

While Rajicic may have gained some confidence after winning an exciting rally in the seventh game, nothing could deter Adamczak from maintaing her resolute desire to control the match.

After suffering a knee injury in May 2010 which required surgery, Adamczak was sent into a nine-month recovery period.

Looking back to how delicate her condition had been just over two years ago, Adamczak could not have imagined being in the excellent physical and mental condition she is today as she moved into the semifinals of the play-off.

“Tennis has taught me so much in my life. There’s so many challenges that maybe I wouldn’t have experienced going through schooling without playing sport,” she said.

“It’s thrown so many challenges my way.”