Grab your free ice-cream at the AO ice-cream van from 11am-3pm today at the State Library of Victoria and sign the camera like a top tennis star on Rod Laver Arena. 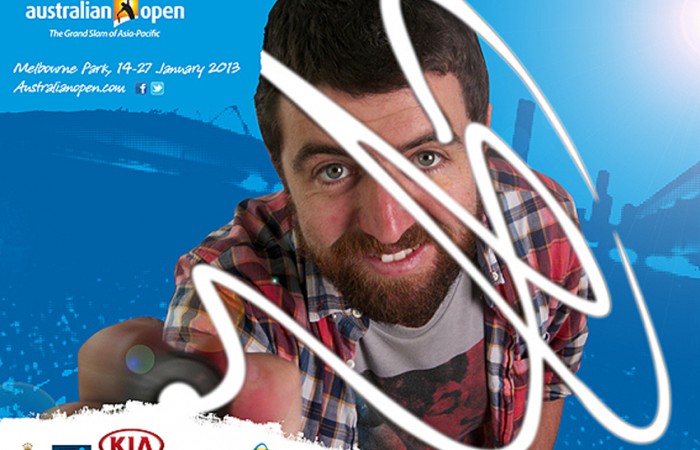 During the summer in the lead-up to Australian Open 2013, fans have the exciting opportunity to sign a TV camera the same way as the champions do on Rod Laver Arena.

What’s more, they can have their photo taken while doing so, giving them the chance to share their Australian Open signature with their friends on social media.

“Sign up to Australian Open 2013” is one of the many activities taking place at the AO ice-cream van, which is visiting several Melbourne landmarks over the next week-and-a-half between 11am and 3pm to celebrate summer and the Australian Open in Melbourne.

The vintage 1964 ice-cream van – decked out in Australian Open colours and adorned with players’ faces – will also be handing out free ice-creams to fans, with a mini-court set up nearby at some of the locations so people can try their hand at MLC Tennis Hot Shots.

The van will today visit Fed Square before stopping at the State Library of Victoria (7 Dec), Queensbridge Square (8 Dec) and again at Fed Square on 9 December.

There will be music at each event and give-aways for the best Hot Shots players, and those who participate in the camera signings at the photo booth have the chance to win men’s semifinal tickets.

Australian Open 2013 will be staged at Melbourne Park on 14-27 January. For more information, visit www.australianopen.com.