With the Newcombe Medal approaching, it's a time for reflecting upon 2012's tennis highlights. What were yours? Let the Herald Sun know in their online poll. 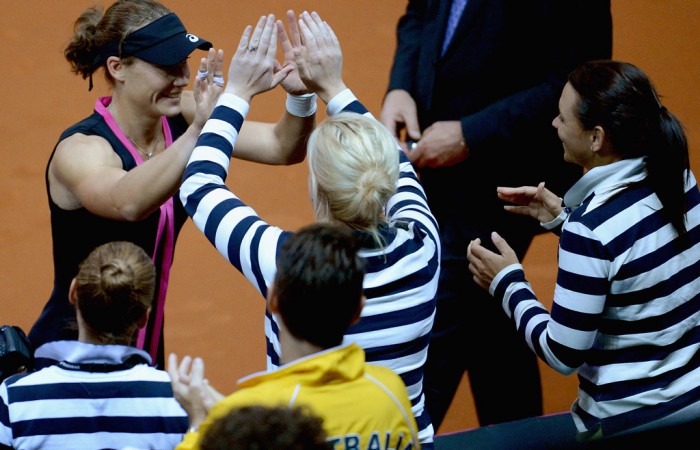 Leading up to the Newcombe Medal this Monday night, the Herald Sun is conducting an online poll asking tennis fans what their biggest highlight was from the 2012 season.

Was it Sam Stosur’s Fed Cup heroics, helping Australia return to the elite eight-nation World Group and seeing the Aussie world No.9 nominated for the Newcombe Medal she won in 2010 and 2011?

Or did it come from one of the international stars of the game, like Roger Federer or Serena Williams?

Cast your vote at the Herald Sun website in the countdown to Australian tennis’s night of nights.