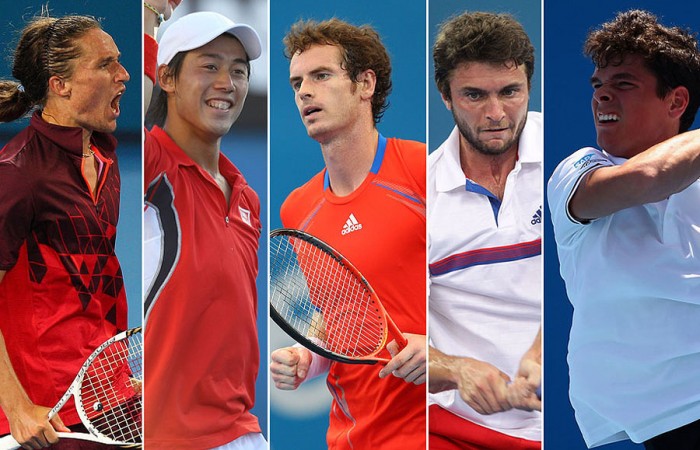 World No.3 Andy Murray and Aussie stalwart Lleyton Hewitt will face a stellar line-up at the Brisbane International presented by Suncorp in 2013.

Five top 20 players including Canadian young gun and world No.13 Milos Raonic, world No.16 Gilles Simon of France, Brisbane 2012 runner-up and Ukrainian world No.18 Alexandr Dolgopolov and world No.19 Kei Nishikori from Japan have all signed on to start their year in the sunshine state.

“I am really looking forward to playing at the Brisbane International,” Raonic said.

“The Brisbane tournament has been an appealing choice to make this time round because I really enjoy being in Australia, it makes the travel a lot easier. I’ve played well in Australia and to be able to play in another city on the east coast is a good opportunity that I look forward to.

“I look forward to new experiences, good food and building some good memories there.”

“The Brisbane International has always attracted a world-class men’s field and has done so again in 2013,” Pearson said.

“We have five top 20 players as well as a former world No.1 and the reigning Brisbane champion Andy Murray, who won gold at the Olympics earlier this year and captured his first Grand Slam title at the US Open during September.

“This is an incredible pool of players. Tennis fans won’t want to miss the world-class action on offer.”

The Minister for Tourism, Major Events, Small Business and the Commonwealth Games Jann Stuckey said the Brisbane International is a major draw card for tennis fans.

“The 2013 tournament offers a great opportunity for spectators to see some of the world’s best players take to the court right here in Brisbane,” said Minister Stuckey.

“The Newman Government recognises the Brisbane International as a signature event on Queensland’s summer calendar and the tourism benefits will contribute to our 2020 goal to double annual overnight visitor expenditure to $30 billion.”