The strongest ever women’s field is set to battle it out at the Brisbane International in 2013, with eight of the top 10 women confirmed for the event. 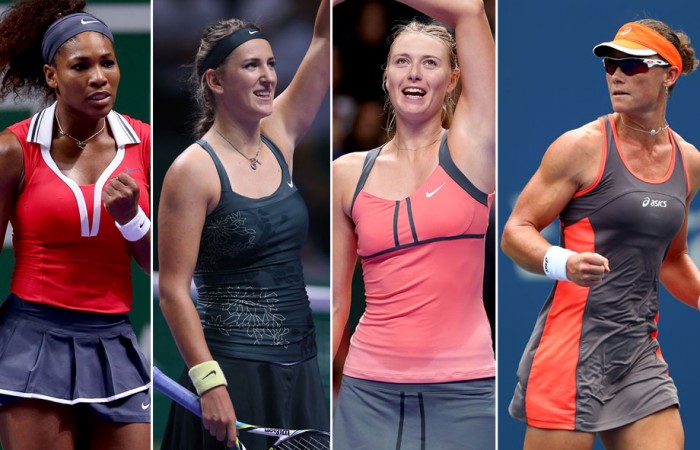 The strongest ever women’s field is set to battle it out at the Brisbane International in 2013, with eight of the top 10 women confirmed for the event.

“I am really looking forward to returning to Brisbane. The city is beautiful, the venue is first class and I thoroughly enjoyed playing there in 2009 when I won the inaugural title,” said Azarenka.

“I am very proud to have ended the year as world No.1 and I am excited to start my 2013 campaign in Brisbane. I know I will get some tough matches against the world’s best there, which is perfect preparation leading into the Australian Open where I aim to defend my 2012 title,” the 23-year-old continued.

This will be Azarenka’s first visit to Brisbane since capturing the women’s singles in 2009 with a straight-sets win over Frenchwoman Marion Bartoli. Her stellar 2012 has seen her win six WTA titles, including her first Grand Slam crown at the Australian Open.

“The women’s field is spectacular, it’s the strongest ever seen in Queensland with eight of the top 10 women set to start their 2013 season in Brisbane,” he said.

“We have the current world No.1, three former world No.1 players plus five Grand Slam winners, and between them they have won 22 major titles.

“In a battle between the top three, Victoria and Maria will be especially motivated to turn the tables on Serena, who dominated their matches in 2012, and this should make for some electrifying tennis.

“The strength of this field really says a lot about the calibre of the tournament. It will be intriguing to see how the women’s draw unfolds.”

“It is a fantastic coup to have attracted eight of the top 10 female tennis players in the world to Queensland’s capital for the Brisbane International 2013,” said Minister Stuckey.

“Tennis fans will have the opportunity to watch a high-calibre field of players in Brisbane including World No.1 Victoria Azarenka as well as our home-grown champion and world No.9 Samantha Stosur.

“Tourism and events are key drivers of Queensland’s economy and the Newman Government recognises the important role the Brisbane International plays in boosting visitation to the state.”

The Brisbane International is supported by Events Queensland, which includes an investment to upgrade the event to a Women’s Tennis Association (WTA) Premier Event, attracting the world’s best female players to Brisbane.

In 2012 the ATP recognised the Brisbane International for providing the best fan experience of any tournament throughout Asia-Pacific and Middle East.

Brisbane International 2013, presented by Suncorp and supported by Events Queensland, will take place at the Queensland Tennis Centre, Brisbane, from 30 December 2012 to 6 January 2013.