The Australian Open Play-off draws for 2012 are taking shape, with James Duckworth and Olivia Rogowska expected to head the men’s and women’s events. 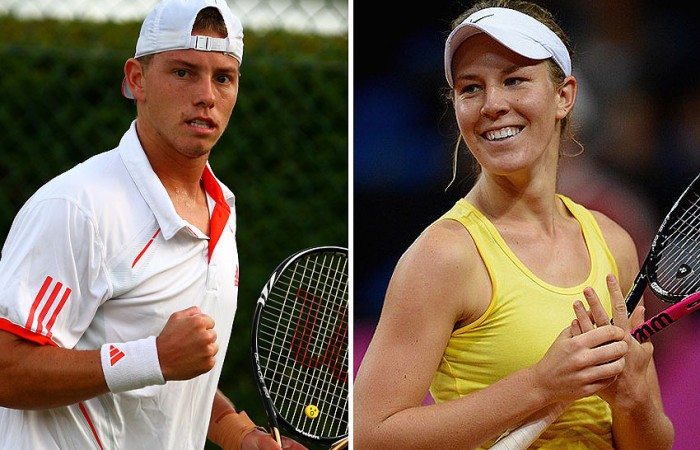 The Australian Open Play-off draws for 2012 are taking shape, with James Duckworth and Olivia Rogowska expected to head the men’s and women’s events respectively.

The majority of slots for the 16-player knockout fields have been confirmed ahead of the play-off, the crown jewel event of the December Showdown at Melbourne Park.

The winners gain prized wildcards into the main draw of Australian Open 2013.

You can catch all of the action from the Australian Open Play-off on 10-16 December 2012 via live streaming on tennis.com.au and YouTube.

Duckworth takes his place in the play-off field after reaching the final of the same event in 2011, where he went down to Marinko Matosevic in the decider.

Now with another year of experience under his belt, the 20-year-old will arrive in Melbourne ranked 210th, compared with his mark of No.275 at the beginning of the 2012 season and following consistent results on the ITF Challenger circuit.

Also confirmed for the men’s draw are Sam Groth and John-Patrick Smith, expected to be seeded second and third in the play-off.

Groth set a world service speed record of 263km/h at the Busan Challenger in South Korea in May, and has soared more than 550 places in the world rankings in the past 11 months thanks to two ITF Futures titles and several other deep runs at ITF events both in Australia and overseas.

Smith, who played his first full season on the Pro Tour in 2012 following an exceptional four-year career within the American collegiate system, was another big improver, jumping around 200 rankings spots and peaking with his first career Challenger title in the United States.

Sydneysider Matt Reid, currently ranked No.268, is expected to round out the top four men’s seedings.

On the women’s side, Rogowska comes into the play-off after completing a career-best season in 2012.

The 21-year-old Melburnian reached the second round at the Australian Open and followed this up with a run to the quarterfinals in Kuala Lumpur, her best-ever result at WTA level. She also captured three ITF Pro Tour titles and hit a career-high ranking of No.108 in October.

Rogowska lost in the final of last year’s play-off to Ashleigh Barty, the 16-year-old prodigy from Queensland who is expected to be seeded third in this year’s event.

Barty rose from world No.682 in January to inside the top 200 by November, an extraordinary rise made possible by three Pro Tour titles and a win at the $50,000 ITF tournament in Nottingham.

Barty, who also won the Optus 18s Australian Championships at during the 2011 December Showdown, will be attempting to make her second straight appearance in the Australian Open main draw.

Likely second and fourth seeds will be Sacha Jones and Monique Adamczak respectively.

The 165th-ranked Jones enjoyed a stellar season, beginning the year at No.274 before cracking the top 150 in October after winning her third ITF title of the season at Port Pirie.

Adamczak also enjoyed strong performances at ITF level, especially in Asia, where she reached the final at four ITF events in Japan. Her consistency throughout 2012 helped boost her ranking by almost 100 places.

The eight seedings in each draw will be determined based on the latest ATP and WTA rankings available at the time of the draw ceremony.

The remaining entries into the draw will be announced in the near future, with one of the 16 places in both the men’s and women’s draws reserved for the winners of Optus 18s Australian Championships.