Despite falling short of her goals during 2012, Sam Stosur will be gunning for more Grand Slam glory and a world top three ranking within the next 12 months. 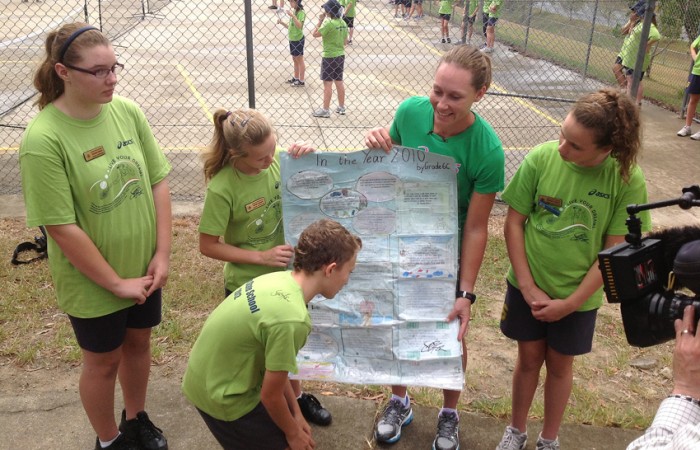 Despite falling short of her goals during 2012, Sam Stosur will be gunning for more Grand Slam glory and a world top three ranking within the next 12 months.

It would mean improving the world No.9’s losing record in finals or adding another grand slam to her US Open victory in 2011.

“Overall, finishing No.9 in the world, it’s still pretty good,” said the 28-year-old Queenslander during a break from her grinding tennis schedule.

“It’s not as high as I wanted it to be, that’s for sure. But taking a break and reflecting, parts of my game have improved and others can still improve.”

Stosur, who said a top-three ranking was achievable, wants to especially improve on her poor Australian summer. This year, she was bundled out of the Brisbane and Sydney Internationals in the second and first rounds respectively.

Stosur then suffered a straight-sets first-round loss at the Australian Open, a tournament where she has only twice progressed beyond the third round.

“I’m right there. If you win half of those, all of a sudden your year looks a lot better and you’ve won a couple of tournaments.

“I put far too much pressure on myself in the Aussie summer because I really, really wanted to do well. You only get the opportunity to play at home for a few weeks and I probably built it up too big and didn’t handle the occasions on court very well at all.”

Stosur won 44 of her 66 matches in 2012 and senses she is still capable of capturing another Grand Slam title.

“Now that I’ve done it once, you have to think ‘why can’t it happen again?’,” she said.

“It was a great two weeks, I played unbelievable tennis and obviously that final (against Serena Williams in New York) was everything you want a Grand Slam final to be.

“You do it once, you want to believe you can do it again.”

Stosur returned to her former school on the Gold Coast on Friday, where about 600 excited students from Gaven State High at Oxenford formed a guard of honour.

She was able to draw on personal examples while speaking to the crowd about setting goals and achieving them.

Being a foundation student when the school opened in 1995, Stosur’s goals were placed in a time capsule which was opened a few years ago.

Her goals included being a professional tennis player by 2010 and playing in a grand slam, travelling the world, being world No.1 (she has been as high as fourth) and playing at the Olympics (which she has done three times).