Serena Williams has ended her already-stellar season with an exclamation point after winning the WTA Championships final over Maria Sharapova in Istanbul. 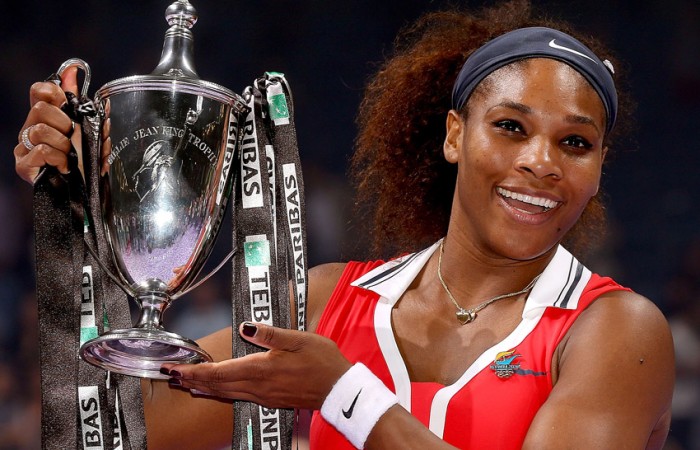 Serena Williams has cruised to a third WTA Championships title on Sunday after easing past Maria Sharapova 6-4 6-3 in the final.

The victory came at the end of a spectacular year for the American veteran who also claimed the Wimbledon, Olympic and US Open titles.

The win also took her career head-to-head record over Sharapova to 10-2.

“It feels great to have achieved my dream,” said Williams.

“The Turkish crowd were fantastic. I have never seen so many signs with my name on them before.

“Maria won the last time we played in the Championships final, but she’s ranked ahead of me so I had nothing to lose.”

Williams who has battled back to the top of her game after battling injury and a life-threatening illness said 2012 was just as good as 2002 and 2003 when she completed the Serena Slam of all four Grand Slams.

“It’s awesome. To come back after being in the hospital, I feel so happy whether I win or lose,” said the 31-year-old.