Roger Federer has been voted as the favourite athlete among Australians in the latest gemba Asset Study. Sam Stosur came in seventh. 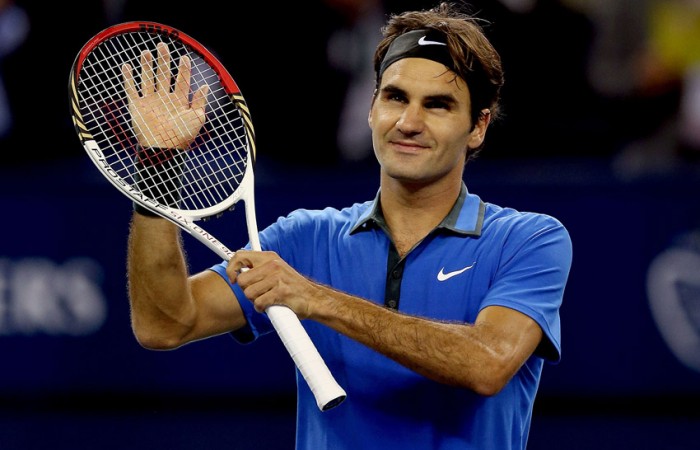 And Australian sports’ fans most popular athlete for 2012 is …

For the third year running the Swiss tennis ace has upstaged the country’s football, cricket and swimming stars in a gemba Asset Study (gES) which surveys Australians’ attitudes and opinions towards more than 200 Australian and international sporting icons.

“Australians are very attracted to athletes who are seen as competitive and humble and Roger embodies these attributes,” gemba director Rob Mills told AAP.

The study aims to understand which athletes are most admired by Australians.

“Asset Power” is gemba’s key indicator of an athlete’s ability to engage Australians and measures awareness and likability of that athlete within the community.

Federer, who will be top seed at the season-ending event in London next month where he will look to add to his record six World Tour Finals successes, came out on top in the survey for the period between January and September 2012.

“Roger has consistently tracked well in Australia over the past three years,” Mills said.

Despite retiring from Test cricket five years ago, former fast bowler Glenn McGrath ranks second – and is the top Australian in the survey.

“Glenn McGrath’s popularity has surged since he retired and focused on his charity work,” Mills said.

“Australians, particularly women, have seen another side to Glenn and this has driven his increased appeal.”

“Ricky Ponting’s sustained performances and long tenure as Australian captain have built a strong foundation for his image,” Mills said.

Sam Stosur, the 2011 US Open tennis champion, is the top female at No.7, with cricketer Mike Hussey, Formula One driver Mark Webber and recently retired Belgian tennis star Kim Clijsters rounding out the top 10.

Interestingly, no AFL or rugby league players made the top 10.

“It is very difficult for AFL or NRL athletes to be ranked highly nationally because their respective sports are not leading in all states,” Mills said.