UPDATE: Di Wu and Danai Udomchoke will battle in the men's final while Yuxuan Zhang takes on Qiang Wang in the women's final at the Asia-Pacific AO Wildcard Play-off. 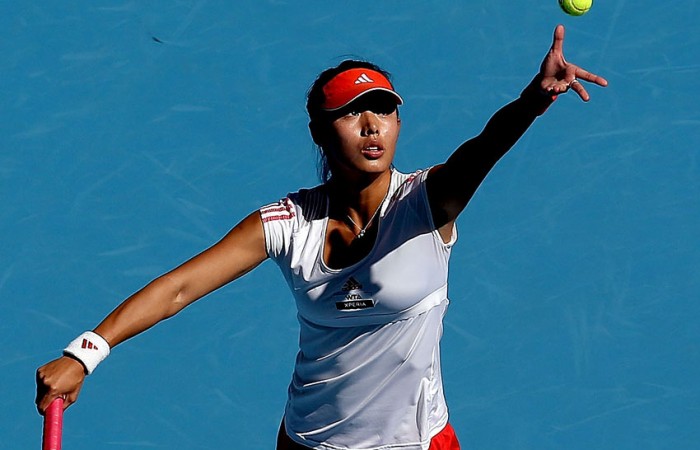 World No.154 Di Wu and third seed Danai Udomchoke have sailed through to Sunday’s final of the Asia-Pacific Australian Open Wildcard Play-off in Nanjing, China.

China’s Wu got off to a flier against Yuichi Sugita of Japan, winning four games in a row to get the jump on top seed and taking the first set 6-1.

The in-form Wu, who earlier in the week accounted for fourth seed and Davis Cup teammate Ze Zhang, never looked like losing in a dominant display, winning the final five games to take the match 6-1 6-1 in 50 minutes.

“I have felt no pressure today or this week,” Wu said. Today I just enjoyed the day, the crowd and felt relaxed.”

In a similar match, world No.151 Udomchoke claimed victory in just over an hour against doubles partner and second seed Jimmy Wang of Chinese Taipei.

Udomchoke served up seven aces in an impressive display to win the match 6-2 6-2 and book a finals birth.

You don’t want to beat your friend, but it’s the [nature of] the sport”

It will be the first time that Wu and Udomchoke will meet, and there is a mutual respect for each other. Udomchoke was complimentary of Wu’s form.

“He will be very, very tough.  He has been playing very well this week and will have the crowd support.”

Said Wu: “He has grand slam experience and is a very good player. He will be tough to beat.”

Earlier on Saturday, Chinese sensation Yuxuan Zhang has continued her remarkable run at the Asia-Pacific Australian Open Wildcard Play-off by winning through to Sunday’s final.

Zhang, with a world ranking of No.515, took out her semifinal match against Chin Wei Chan of Chinese Taipei, 7-5 6-0.

The win came after her sensational upset of top seed Kai-Chen Chang in the quarterfinals.

“Zhang’s performance typifies what the Asia-Pacific Australian Open Wildcard play-off is all about – providing an opportunity for players in the region to earn their place at Australian Open 2013,” said tournament director Alistair MacDonald.

Second seed Qiang Wang of China continued her strong level of play by accounting for in-form No.3 seed Luksika Kumkhum of Thailand 6-4 6-2.

“I followed my own game plan out there today,” commented Wang.

“I concentrated on my performance and was able to come out with the win.”

In doubles, Udomchoke paired with Wang to take out the doubles and earn an Australian Open 2013 wildcard against Chinese Taipei pair Hsin-Han Lee and Hsien Yin Peng 6-4 6-3.

In an all-Chinese women’s final, Xinyun Han and Yimiao Zhou took out the doubles 7-5 6-4 over Chen Liang and Yifan Xu, booking a wildcard in Melbourne next January.

Due to bad weather being forecast for Sunday’s finals, the women’s final will begin one hour earlier in Nanjing, now being streamed live from 1:00pm AEDST. The men’s final will follow that match.