Marinko Matosevic has gone down to Juan Martin del Potro in Vienna, while Lleyton Hewitt's exciting run in Stockholm ended at the hands of Nicolas Almagro. 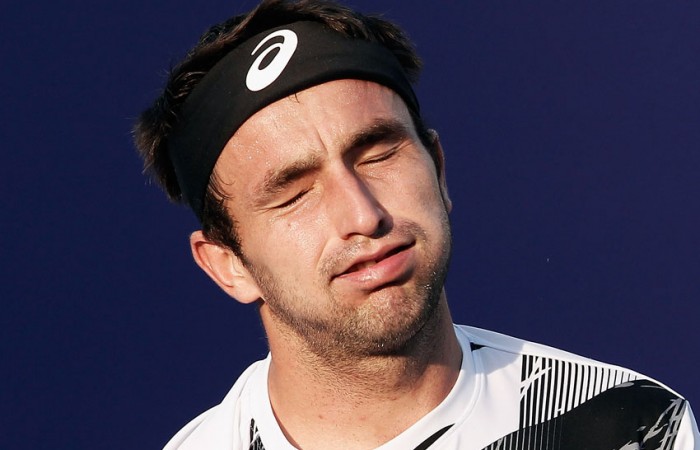 Top-seeded Juan Martin del Potro defeated Marinko Matosevic in straight sets on Friday to reach the semifinals of the ATP event in Vienna.

Del Potro beat the Australian 6-2 6-2 to line up a match against Gilles Muller of Luxembourg.

It was just Del Potro’s second match since returning from a right wrist injury that sidelined him for over a month.

“I feel confident with my shots but I need to improve a little bit,” the eighth-ranked Argentine said.

“I would love to be in the final, but I need to serve well and find a way to break (Muller’s) serve.”

Del Potro saved a break point in his opening service game against Matosevic and two more while serving for victory, but was in control throughout the match.

Lleyton Hewitt’s exciting run at the ATP Stockholm Open came to an end at the hands of third seed Nicolas Almagro.

Hewitt, who had upset Kevin Anderson and Jarkko Nieminen in three-setters on his way to the quarterfinals, could not reproduce that result against the seasoned Almagro, going down 6-1 6-4.

Almagro smacked 11 aces on his way to dismissing the Aussie wildcard in just over an hour, and will face No.2 seed Tomas Berdych in the semifinals.