Lleyton Hewitt has won his second round match at the ATP Swedish Open, upsetting No.8 seed Jarkko Nieminen of Finland to progress to the quarterfinals. 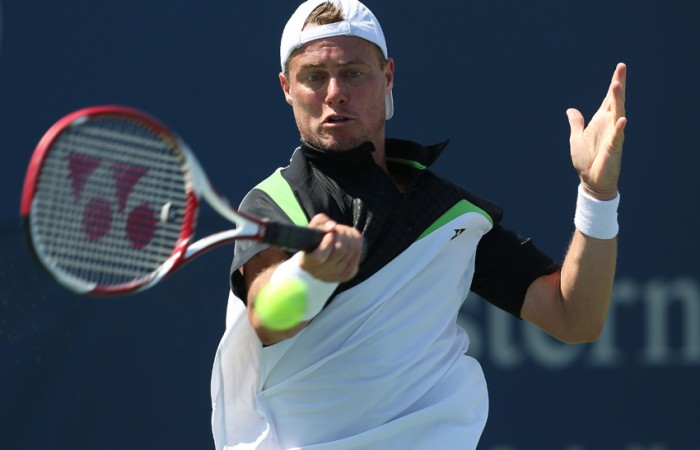 Lleyton Hewitt has won his second round match at the ATP Stockholm Open, beating Jarkko Nieminen of Finland.

The 31-year-old Australian wildcard entry, who is back at the Swedish tournament for the first time since 2002, beat eighth-seeded Nieminen 7-6(2) 2-6 6-4 on Wednesday.

A day earlier, the Australian veteran ranked No.102 showed his experience on the big points to beat No.38 South Africa’s Kevin Anderson 6-4 4-6 6-4.

His second upset win in a row – and second gruelling three-setter – sets up a quarterfinal match with No.3 seed Nicolas Almagro, who defeated Romanian qualifier Marius Copil in straight sets.

Hewitt’s strong serving – 9 aces and 73 per cent of first serve points won – helped secure the win in two hours and 18 minutes, sending him into just his second quarterfinal in an injury-plagued 2012 season.

His performance in Stockholm is expected to help the Australian return to the top 100, boosting his chances of direct qualification for January’s Australian Open.