Wildcard Lleyton Hewitt has scored an upset win over Kevin Anderson at the Stockholm Open, beating the world No.38 in three sets in the first round. 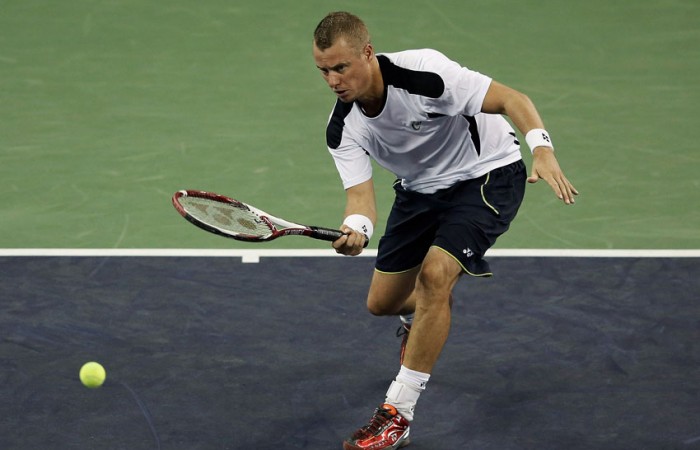 The last time Lleyton Hewitt played the Stockholm Open, he was aged 21 and the world’s No.1 ranked tennis player.

Returning to the Swedish tournament for the first time since that 2002 debut, 31-year-old wildcard entry pulled off a handy first round win over South Africa’s Kevin Anderson that could help lift him back into the world’s top 100.

The win sees Hewitt advance to the second round, where he will meet eighth seed Jarkko Nieminen of Finland, who accounted for German Tobias Kamke in the opening round.

Hewitt, currently ranked world No.102, fought tigerishly to contain the big-serving Anderson, surviving a barrage of 11 aces on his way to victory in two hours and 27 minutes.

The Australian took the opening set thanks to converting his one and only break point, only for the 38th-ranked Anderson to up his game in the second set.

Hewitt faced nine break points in the second set, and although he saved seven, it was not enough to prevent his 203cm-tall opponent from levelling the match.

Anderson, full of confidence from an impressive season that has included a title in Delray Beach, was expected to carry his momentum into the third set.

But the former world No.1 had other ideas – Hewitt was able to break Anderson’s seemingly impenetrable serve once more, and held onto his advantage to record a 6-4 4-6 6-4 win.