Australia will travel to the Czech Republic for its Fed Cup first round World Group tie on 9-10 February 2013, taking place on indoor hardcourt in Ostrava. 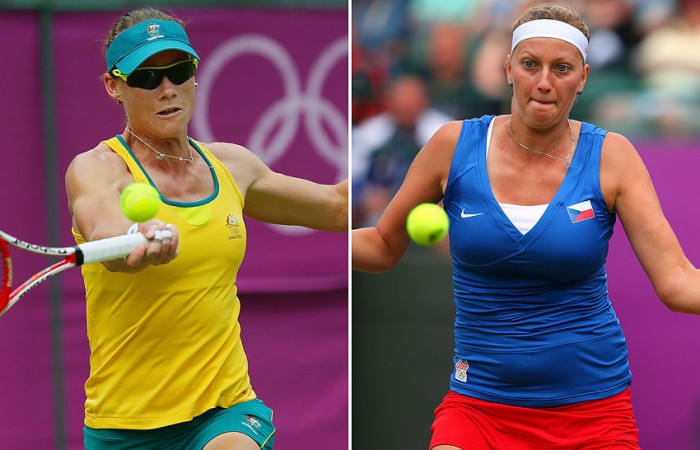 Australia will travel to the Czech Republic for its Fed Cup first round World Group tie on 9-10 February 2013, taking place on indoor hardcourt in Ostrava.

It will be a formidable assignment for the green-and-gold, with the Czechs soon to contest the 2012 Fed Cup final and having won the competition in 2011.

Playing against a team expected to be lead by world No.5 Petra Kvitova – who owns a sparkling 27-1 indoor win-loss record over the past two seasons and a 15-5 Fed Cup record – on home soil at the CEZ Arena would be a tough task for any nation.

But the Aussies, expected to be headed by their own top 10 talent in Sam Stosur, will undoubtedly present a stiff challenge, despite owning a losing 3-4 head-to-head record against the Czechs.

They made their way into the Fed Cup 2013 World Group by way of a stunning defeat of Germany in Stuttgart in April, the German team comprising three then-top 20 ranked players.

Australia, thanks to impressive singles wins by Stosur and Jarmila Gajdosova, built an unassailable 3-0 lead before Germany claimed the two dead rubbers.

It is Australia’s first appearance in the elite eight-nation World Group in two years, having fallen out in February 2011 after a tight loss to Italy in Hobart.

Teams will be announced in the week leading up to the tie.