The WTA China Open will enjoy a battle between the world's top two after Victoria Azarenka and Maria Sharapova won their semifinals on Saturday. 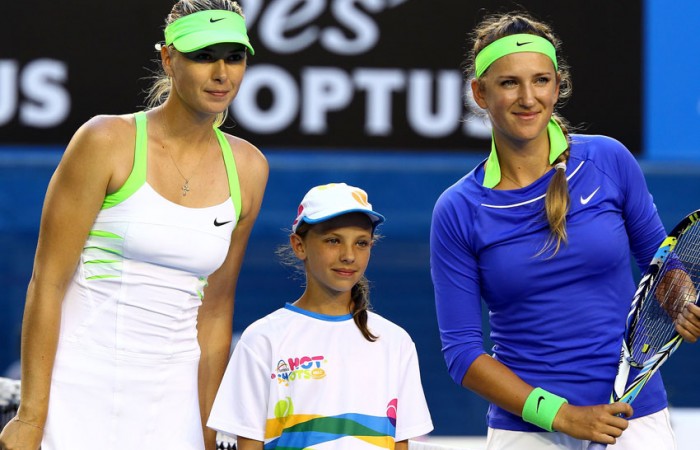 World No.2 Maria Sharapova overcame home favourite Li Na in straight sets on Saturday to make the final of the China Open, where she will meet top seed and world No.1 Victoria Azarenka.

The 25-year-old Russian defeated Li, Asia’s only grand slam winner, 6-4 6-0, to reach the final for the first time in five attempts, but it took the French Open champion a while to break into her stride.

Li sped to an early 3-1 lead due to some poor serving by Sharapova, including three consecutive double faults in one game, but the Russian fought back, winning three games in a row before taking the set with a break.

“It was a really high-quality first set with a few ups and downs and obviously she (Li) had the lead,” Sharapova said.

“In those first few games I thought my percentage of first serve was low.

“Against someone like Li Na who likes to step in and take the ball early, I think I put a lot of pressure on myself to have to hit too many second serves.”

The Russian continued her momentum after clinching the first set, taking six games without reply to steamroll Li — who has never won her home tournament — in little over half an hour.

“I felt the first set was really close and could have gone either way,” world No. 10 Bartoli said.

“Vika (Victoria) is probably the best returner in the game and it’s not like I was serving badly. She was breaking me because she was returning too well and that’s why I couldn’t win the points.”

“Maybe she could have missed one or two but she didn’t. That’s the way it is.”