Andy Murray squandered a 4-1 lead and two match points in an upset three-set loss to Canadian Milos Raonic in the Japan Open semifinals in Tokyo. 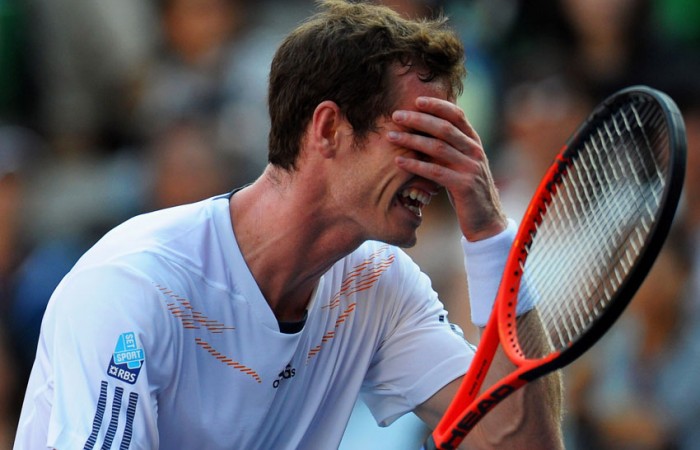 London Olympic gold medallist and US Open champion Andy Murray was sent crashing out of the Japan Open tennis tournament on Saturday after a shock semifinal defeat to Milos Raonic of Canada.

In the final on Sunday, Raonic will play local favourite Kei Nishikori, who defeated Marcos Baghdatis of Cyprus 6-2 6-2.

“I played better in the second and third sets, but I was obviously disappointed not to close the match up. He played better on one or two points,” said Murray, whose match-winning streak since the US Open ended.

“I hit my passing shots very well in New York (beating Raonic in three sets), but today I don’t think I passed him well, so he came to the net more. Certain thing is he can do easier.

“If I could start the match better, it would have helped me, but he played well behind his serve and his fast shot was good, especially in the first couple of sets and that made tough for me,” added Murray, 25.

Raonic, seeking his sixth ATP final, got off to a flying start to break the opening game before adding another break in the ninth to take the set.

Neither had a break opportunity in the second set and there were no mini-break in the tie-breaker until Raonic failed to hit a forehand on Murray’s set point at 6-5.

In the final set, Raonic double-faulted to give a break point to Murray, who fired a sizzling back-handed passing shot down the line to move up to 3-1 and then 4-1, but he went 15-40 down in the seventh game that Raonic cashed in.

Raonic again double-faulted twice to give Murray two match points in the 12th game at 30-40 and on Muray’s advantage point.

The Canadian hit an easy smash winner at the net to save the first and then his strong forehand forced Murray to hit a back-handed shot long.

Raonic also missed his match point at 6-3 on a double fault in the tie-breaker, but Murray’s forehand shot went long on the following point.

“Fortunately, they were on my serve,” Raonic said of the match points against him. “So I still have an advantage at that point. I’m happy that I was able to do well.”

“In the game I got broken, I made a few mistakes and he came up with a really great pass. At that time I was thinking the whole time to myself ‘Make sure to keep my serve and just try to put a little bit more pressure if we get a tight moment.’

“Fortunately, I was able to break.”