Australian Open 2013 will offer the biggest prize money purse in the history of tennis. 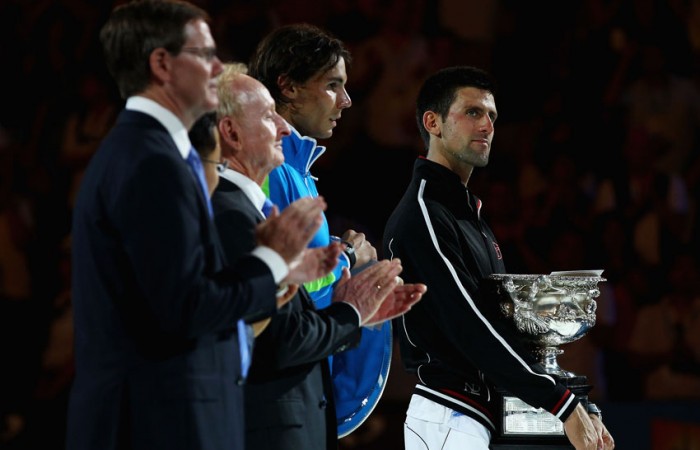 Australian Open 2013 will offer the biggest prize money purse in the history of tennis.

Players will be vying for a share of a record AUD$30 million next January, Tennis Australia CEO Steve Wood announced at the Australian Open 2013 launch at Melbourne Park this morning.

“We are proud to announce this major increase in prize money. We have led the world in prize money for these incredible athletes and we want to ensure that the Australian Open continues to make a major contribution to the financial wellbeing of professional tennis players,” Wood explained.

He added that Tennis Australia officials would seek further input from the playing group regarding a more equitable distribution of prize money to help ensure financial viability for lower ranked players.

The $4 million hike is the biggest single increase in the history of the event and was one of a raft of stunning initiatives announced for Australian Open 2013 including:

Australian Open Tournament Director Craig Tiley also said he was confident Spanish superstar and Australian Open 2012 finalist Rafael Nadal will have overcome a leg injury in time to prepare for a major assault on the event in 2013.

“Expect Rafa to be one of many great stories in January, including a formidable title defence from our brilliant reigning men’s champion, Novak Djokovic, and some major challenges from the great Roger Federer, US Open 2012 champion Andy Murray and any one of a group of Ferrer, Del Potro, Berdych and Tsonga,” said Tiley.

“It is hard to go past the group of defending champion Victoria Azarenka, Serena Williams, Maria Sharapova, Li Na, our own Sam Stosur and Petra Kvitova. But there are some great emerging talents in the women’s game too. It promises to be an incredible summer.”

Series tickets for Australian Open 2013 go on sale through Ticketek from 9:00 am on Wednesday 3 October to 5:00 pm Sunday 7 October (AEDST).

The great value $34 Australian Open ground pass gives fans access to all the outside courts and free entertainment on Grand Slam Oval and in Garden Square.

Fans are encouraged to pre-purchase and save on tickets for Australian Open 2013. Tournament pricing applies to all tickets purchased from Monday 14 January.