Hingis nominated for Hall of Fame 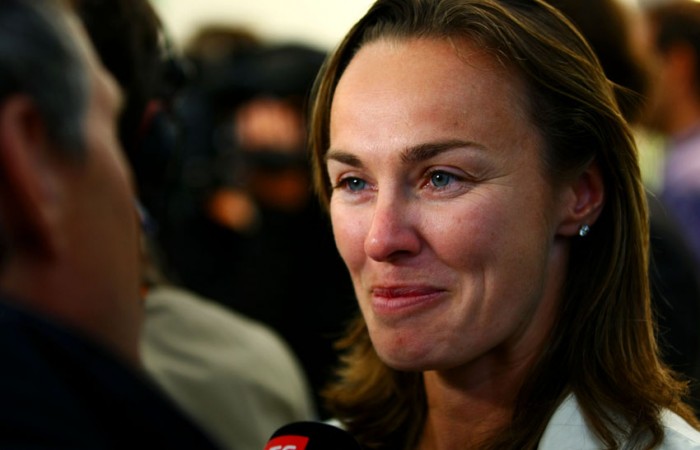 Hingis, the youngest woman to be ranked No.1, retired for the second time in 2007, when she was given a two-year suspension for testing positive for cocaine at Wimbledon. Hingis denied taking the drug but did not appeal the ruling.

In the first phase career, which ended in retirement in 2002, Hingis reached an unprecedented six consecutive Australian Open finals, winning in 1997-1999 and runner-up in 2000-2002.

She was ranked No.1 for 209 weeks and was widely regarded as a gifted and cerebral tennis players in an era of power-tennis.

When she returned to the sport in 2006 after ankle injuries had earlier forced her out of the game, she reached the Australian and French Open quarterfinals, won the prestigious Italian Open title and went as high as world No.6.

Others nominees for the hall’s class of 2013 are Thelma Coyne Long, a Grand Slam champion in the 1930s to 1950s, and three nominees in the contributor category: ESPN broadcaster Cliff Drysdale, Charlie Pasarell and Ion Tiriac.

Voting for the hall’s class of 2013 will take place over the next several months. The induction ceremony is on July 13.