Australian Tennis Magazine speaks to Ben Mitchell, one of a group of young Australians who are inspiring each other to reach new heights in the tennis world. 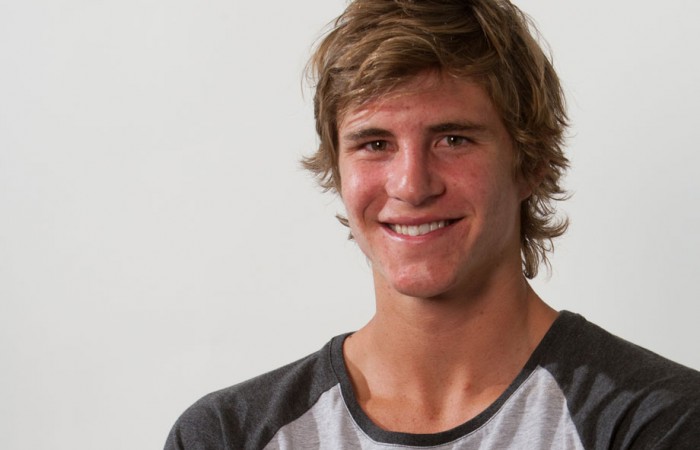 One of Australia’s most exciting young tennis prospects, 19-year-old Ben Mitchell soared more than 400 places in the rankings from the beginning of 2011 through to February 2012.

Now inside the world’s top 300, his progress has made him one of the highest ranked Australians. It’s positioned him well to continue his transition from the ITF to ATP circuits, with entry into Grand Slam qualifying events now possible and more chances to hone his game against higher quality opposition.

While single-minded dedication, drive and competitiveness have been crucial factors in the Queenslander’s rise, it’s the support network around him that has also helped him reach new heights in his career.

Mitchell trains under the guidance of Australian Institute of Sport (AIS) coaches Brent Larkham, Ian Prangley and Ben Mathias, who have been working with him to enhance his already world-class footspeed and boost his forehand to become a match-winning weapon.

Also boosting his confidence has been the chance to work with one of his biggest idols in Pat Rafter.

Rafter, who has spent time working with Mitchell to develop the youngster’s net play, has acted as somewhat of a mentor for the current world No.236.

“He helps me a lot with my game,” Mitchell reveals to Australian Tennis Magazine.

“[Before Australian Open 2012] he told me that everyone gets nerves, it’s just about managing them.”

His hard-fought first-round loss at Melbourne Park in January against then world No.17 John Isner was an impressive performance on debut, his excellent progress in 2011 rewarded with a wildcard into the main draw.

The AIS has been an important developmental pathway for Mitchell, who is an AIS Pro Tour Program full scholarship holder.

The program provides a host of benefits to scholarship holders, including coaching and support, strength and conditioning training, medical and physiotherapy treatment, coverage of accommodation and travel costs when competing, and access to the latest sport science technology.

The athletes in the program form a tight-knit group, something that Mitchell says provides a great source of motivation and inspiration.

“All the boys – Luke Saville, Jason Kubler, James Duckworth and myself – we all get along really, really well,” Mitchell says.

“We’re all good mates so we all sort of push each other.”

Australian tennis players have always been known for their mateship, their closeness evidenced by the nation’s proud history of success in Davis Cup and on the doubles court over many decades.

Aussie tennis legend Rod Laver spoke about his friendship with his countrymen in a recent interview with atpworldtour.com, and how he fondly remembered the days in which teams of up to eight Australian player would tour together, competing at tournaments all over the world.

“I think Roy Emerson was one of the best players I travelled with, and the greatest friendship, which we still have,” he said.

“You [also had] Neale Fraser and the likes of [Ken] Rosewall and [Lew] Hoad, [who I was] all friendly with.”

The strength of this bond is something that cannot be discounted as an indicator of success in the modern game as well, with several examples of close groups spurring each other on to greater success.

The strong friendship between the Spanish players and the French players has coincided with there being 12 Spaniards ranked inside in the top 100, and 10 Frenchmen listed in the same bracket. Spain has also won three of the past four Davis Cups, and is into the final of this year’s competition.

It seems the old adage of “success breeding success” rings true in these examples, and it’s something that Mitchell would love to see continue to develop among the emerging crop of young Aussie tennis talent, in much the same way as it did for past Australian generations.

“Hopefully the group can keep pushing each other and hopefully we’re going to have a bunch in the top 100,” he says.

With his inspiring progress in the past few years, Mitchell himself could be the one leading his compatriots into the upper echelons of the sport.

Australian Tennis Magazine, Australia’s only tennis magazine, has been keeping players, coaches, parents and fans up to date with news on international players, events and issues since 1976.