Sam Stosur gained some minor consolation for her quarterfinal defeat at Flushing Meadows after winning the inaugural US Open sportsmanship award. 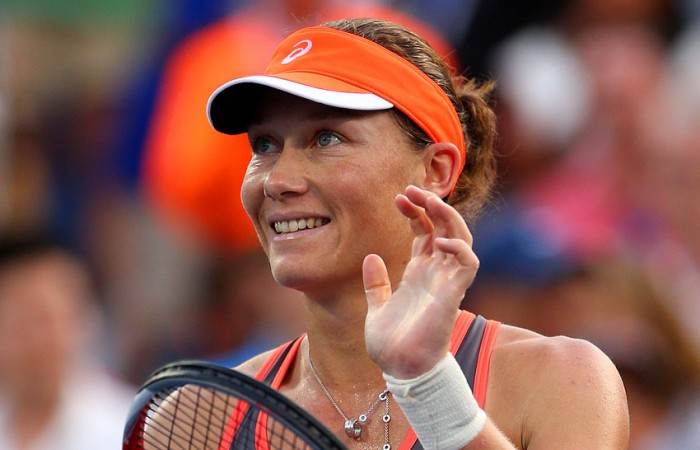 Dethroned champion Sam Stosur gained some minor consolation for her quarterfinal defeat at Flushing Meadows, with the Australian winning the inaugural US Open sportsmanship award.

The award is being presented to one female and one male player for their excellent sportsmanship and conduct during both the US Open Series – a group of US Open tune-up events – and the tournament at Flushing Meadows itself.

Former US Open and Australian Open runner-up Todd Martin, who presented the award, said Stosur proved in her gut-wrenching 1-6 6-4 7-6(5) loss to world No.1 Victoria Azarenka that she was a most deserving recipient.

“She is obviously a great representative of this sport,” Martin said.

“She is a quiet girl, she doesn’t cause any waves, but what is really most impressive to me is how much of her heart she puts into her tennis without letting it get the better of her.

“She has done that throughout this summer and certainly today better than what anyone could have hoped, but throughout her career as well.

“If she has been passed up for sportsmanships awards in the past, hopefully this hits home to her because it is something I am sure she was taught very well when growing up.”

“I am sure in your country as well, sportsmanship is not as prevalent as what it used to be,” the American said.

“Tennis used to be played on the honour code, basically, and now it has conformed to professional sport where, ‘if I can sneak a point without blatantly cheating, then I have done well.'”

In 2010, Stosur was also honoured with the WTA’s Diamond ACES Award, recognising the Queenslander’s tireless efforts in promoting tennis to fans, media, and local communities.