US Open: Kyrgios cruises into second round

Aussie Nick Kyrgios has won through to the second round of the boys' junior event at the US Open after a straight set win in his opening match. 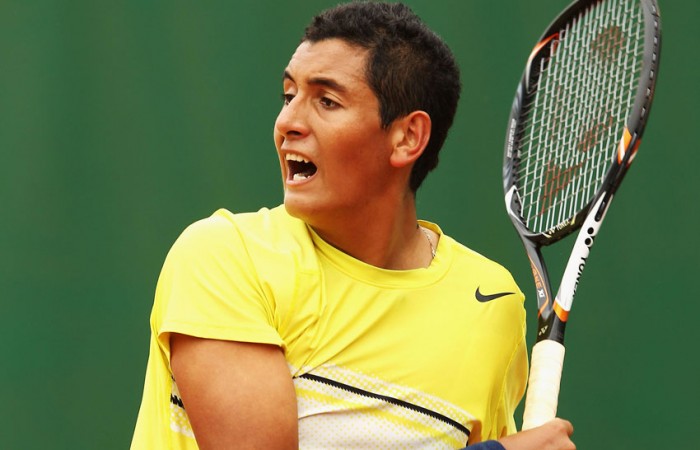 Aussie Nick Kyrgios has won through to the second round of the boys’ junior event at the US Open after a straight set win in his opening match.

Kyrgios dismissed Russia’s Anton Desyatnik 6-4 6-4, with both sets lasting 31 minutes and seeing the Aussie break once in each to complete victory.

Despite suffering from the effects of a migraine, Kyrgios was able to capitalise on those service breaks by using his own powerful serve to full advantage.

“My serve’s always the key component in my game; when I’m serving well it’s going to be tough for anyone down the other end,” he said.

“Today when (I was) down a break point in the second set, I just really focused on my serve and it helped me when I needed it.”

Kyrgios cites his recent success in doubles – in which he won the boys’ doubles events at Roland Garros and Wimbledon with compatriot Andrew Harris – as helping to improve his serve, making him better able to pick his spots and mix up his delivery.

Adding to his confidence before the match against Desyatnik was his performance at last week’s Canadian Open junior championships, where he won the title.

“Obviously I didn’t feel my best today, but some days you’re going to get that … I knew if I could get through this one I could have a night’s sleep and hopefully feel better the next day.”

The No.7 seed next faces American Martin Redlicki on Wednesday, after teaming with fellow Aussie Jordan Thompson in the first round of the boys’ doubles event on Tuesday.

Redlicki is ranked No.93 in the world, up 29 places in the past week after a run to the final of the recent USTA International Hardcourt event in College Park.

The pair have never before met.