Junior events to kick off in New York

The US Open junior events kick off on Sunday at Flushing Meadows, and while Australia’s representation is small, it’s undoubtedly potent. 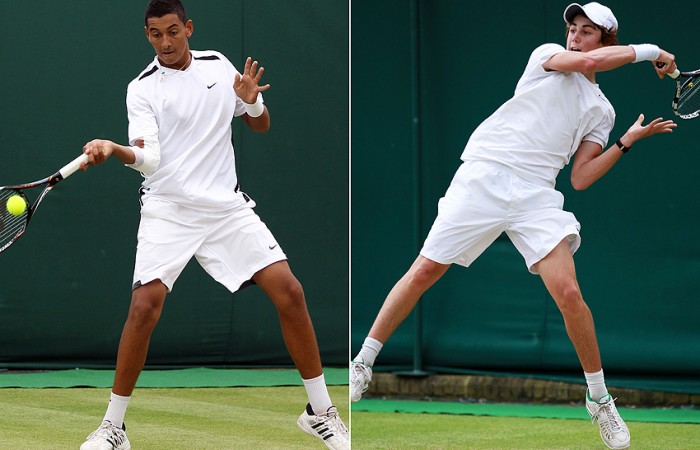 The US Open junior events kick off on Sunday at Flushing Meadows, and while Australia’s representation is small, it’s undoubtedly potent.

Leading the way is boys’ 7th seed Nick Kyrgios, who is enjoying a stellar year at junior level with Grand Slam titles at Roland Garros and Wimbledon in the boys’ doubles events with compatriot Andrew Harris.

Kyrgios begins his New York campaign against Anton Desyatnik of Russia, a player ranked No.52 after having been as high at No.25 in March. His best result at a junior major was a second round finish at Wimbledon 2012.

The pair have never before met.

The Australian is projected to meet No.2 seed Filip Peliwo in the quarterfinals, the Canadian who lost in the finals of the junior Australian and French Opens before tasting ultimate glory at Wimbledon.

Joining Kyrgios in the draw is compatriot Jordan Thompson, ranked 31st and who is enjoying a solid year thanks to a semifinal finish at the Astrid Bowl event in Belgium and having recently reached the quarterfinals of the Canadian Open Junior Championships in the lead-up to the US Open.

The Sydneysider takes on world No.39 Elias Ymer of Sweden in his opening match, in a section of the draw headed by 5th seed Mitchell Krueger of the United States and No.10 seed Stefano Napolitano.

Heading the boys’ draw as the top seed is reigning Roland Garros champion and world No.1 Kimmer Coppejans of Belgium. The third and fourth seeds are respectively Italian Gianluigi Quinzi and Brazil’s Thiago Monteiro.

The girls’ draw is topped by world No.1 and Australian Open champion Taylor Townsend. Coming in behind her are second seed Yulia Putintseva of Kazakhstan, No.3 seed and Wimbledon champ Eugenie Bouchard of Canada, and fourth-seeded German Antonia Lottner.