Lleyton Hewitt has left no stone unturned ahead of facing Gilles Muller at the US Open, enlisting the help of the similarly big-serving lefty Chris Guccione. 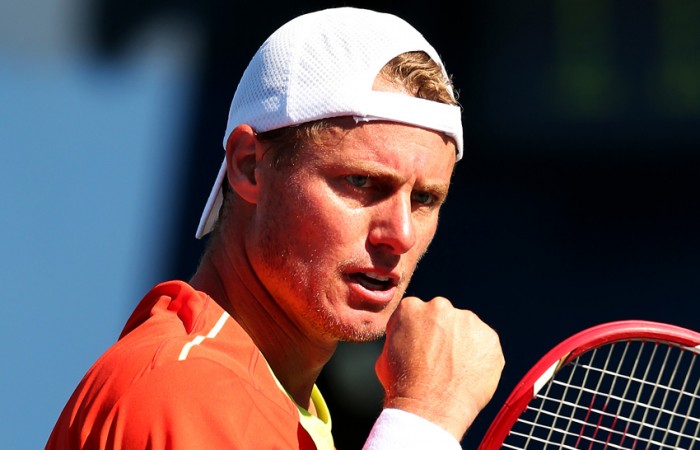 Lleyton Hewitt has enlisted power-serving countryman Chris Guccione to help him prepare for his second-round US Open shootout with giant-killing Gilles Muller.

Hewitt was stoked with his first win at Flushing Meadows in three years, a 4-6 6-2 6-1 6-4 comeback victory over German Tobias Kamke on Wednesday, but immediately switched his focus to Friday’s danger match against Muller.

Despite never having cracked even the world’s top 40, the 29-year-old has a knack of delivering at the US Open.

He won the junior singles crown back in 2001, upset then-world No.3 Andy Roddick on his senior debut in 2005, made the quarterfinals from qualifying in 2008 and charged to the round of 16 last year.

Hewitt, who has always retained an encyclopedic knowledge of every one of his rivals, knows very well what to expect from the world No.53.

“He’s a big left-hander with a big serve with a big, aggressive game,” said the Australian wildcard.

Hence Hewitt has called on his part-time doubles partner Guccione, now ranked a lowly 574th in singles, to fire down some rockets in practice.

“Tomorrow I’ll get ‘Big Red’ out and he can hit some big left-handed serves to me,” Hewitt said.

“Everyone says I’m professional so I thought just, in case Muller got up, I’d have him on standby.”

Hewitt had to rally from a set and a service break down to overcome Kamke for his 42nd win in New York – second only to Roger Federer among active players.

The 31-year-old said it was a sweet reward for all the pain and suffering he’d endured to rehabilitate from career-saving toe surgery in February.

“It’s been rough since the Australian Open, being out with surgeries and not playing that many five-set matches,” Hewitt said.

Hewitt beat Muller in their only previous encounter, on a Washington hard court in back in 2004, and the European insisted the two-time finalist and 2001 champion still enjoyed great respect in the locker room.

“It would be very stupid to think he’s done,” Muller said.

“The guy had a great career, but he’s still here. He doesn’t do it because of the money because he has a lot of money.

“So he still wants it. That’s already something very big. People owe him a lot of respect for that.”