Australian Open boss Craig Tiley has called for an urgent overhaul of world tennis's "unhealthy" leadership as the game's superstars threaten a dramatic boycott of the season-opening Grand Slam in Melbourne. 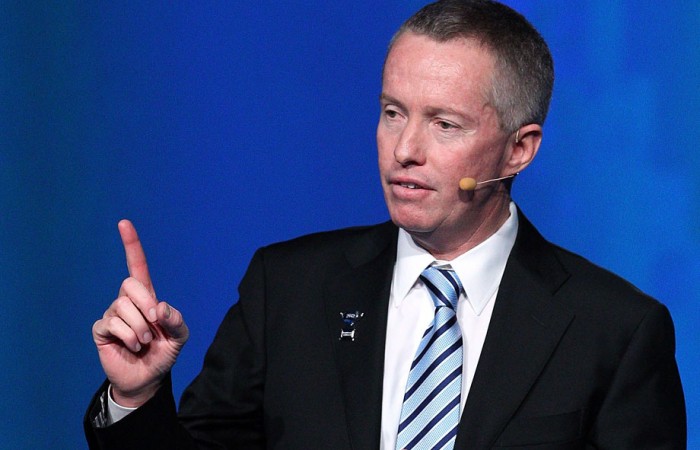 Australian Open boss Craig Tiley has called for an urgent overhaul of world tennis’s “unhealthy” leadership as the game’s superstars threaten a dramatic boycott of the season-opening Grand Slam in Melbourne.

Tiley is confident the Australian Open’s reputation as the “Happy Slam” along with the richest purse in tennis and “very, very strong relationship with the players” will ensure Roger Federer and company show up in January for the biggest annual event on the national sporting calendar.

But the Open’s tournament director readily admits the players deserve a larger slice of the Grand Slam pie and hopes their demands for more prize money lead to a major upheaval of the sport’s governance.

“We are the first to say that for tennis to be a viable career, the top 250 players need to make a good living,” Tiley told AAP on the eve of the US Open in New York.

“The top 250 players in tennis make about a quarter of the amount of money in tennis as they do in golf.”

World No.1 Federer, with on-court earnings of USD$73,453,677, is the president of the ATP players’ council and driving the push for more prize money for the early-round losers at the four annual majors.

At the top end, Grand Slam champions can receive more than $2 million depending on exchange rates.

Players are unhappy about the discrepancy between the tennis elite and fringe competitors who make 128-man Grand Slam draws possible.

Tiley understands their gripe and says the Australian Open will consider a range of changes to ensure lower ranked players are compensated, including increasing prize money for those who lose before the quarterfinals.

But not at the expense of the sport’s heavyweights.

“We would never reduce prize money,” he said. “We just increase the pie.

“All you want to do is look at distributing it probably more equitably in the earlier rounds.”

Tiley, though, believes the bigger issue is the alarming earnings potential – or lack thereof – between the sport’s battlers who ply their trade on the Futures and Challengers tours and the top 100 who contest the slams and regular ATP events.

“[Prize money on] the ATP Tour has increased by 216 per cent and the Challengers and the Futures level tournaments decreased by 15 per cent.

“I look at that as being the biggest problem because it hasn’t changed in 30 years, 25 years.”

Above all, Tiley believes there should be one governing body, rather than the seven currently controlling tennis.