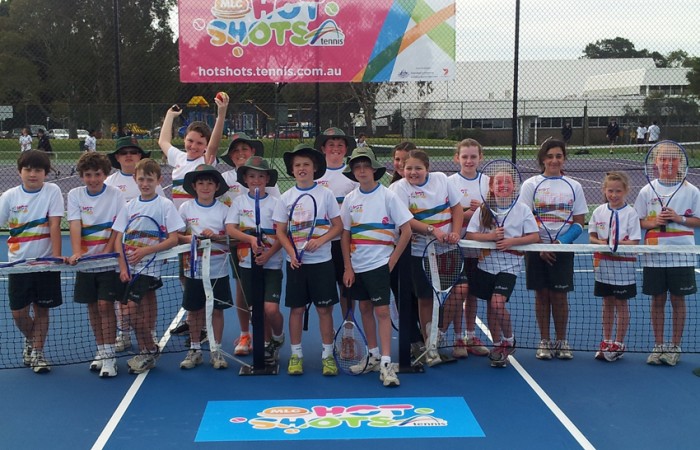 The P2P team were inspired by their visit to the United States in October 2011, where more than 3000 modified tennis courts form part of clubs all over the country. The innovation in tennis facilities has seen an increase in tennis participation in the US, an important part of Tennis Australia’s 4M strategy by 2016.

“Our aim is to create tennis venues that are accessible and engage the entire community. Building a permanent facility that is set up and open seven days of the week, kids and parents have the opportunity to play on these courts for as long and as frequently as they want,” explained Andrews.

Wollongong Tennis Club, an affiliated member of Tennis NSW, contacted the Tennis NSW P2P team in April looking for a solution to their two hard courts which were in need of repair.

Their aim for the under-utilised courts was to increase revenue and participation, and the modified courts were a perfect fit.

After extensive research and consultation with a similar program in the US, a presentation was made to the Board of  City of Wollongong Tennis Club and a plan was established.

Gary Leighton, manager of the City of Wollongong Tennis Club, believes that these courts will welcome a whole new wave of kids playing MLC Tennis Hot Shots in the region.

“When Andy and Brett approached us with the idea, being a numbers person, the first thing I thought of was how does it work for us? Having eight smaller courts there is more potential for more participation on those courts and it is important for us to support junior tennis,” he said.

“It is very exciting for us to be the first in Australia to build these modified courts.”

Tennis Australia, through their National Court Rebate Scheme, was another important benefactor, whose financial support ensured the project was successful. After two months construction was complete – eight modified courts are now ready to be played on and the two under-utilised courts are a thing of the past.

The addition of the eight modified courts to 10 full-sized hard courts and four full-sized synthetic grass courts has seen the Wollongong Tennis Club become a regional partner of Tennis Australia. It joins Tweed Heads, Port Macquarie and Bathurst councils who have been given regional partner status.

The multi-surfaced courts are a priority for Tennis Australia in encouraging more people to take up Australia’s favourite sport.