Li Na has cemented herself as a US Open favourite after scoring a come-from-behind victory to capture the WTA Premier event in Cincinnati. 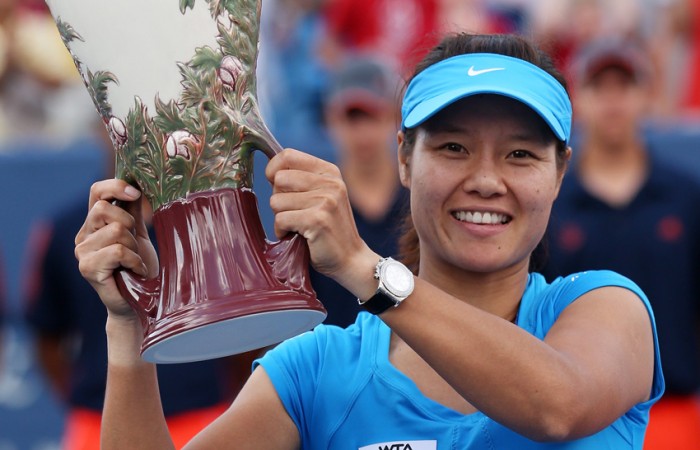 China’s Li Na won her first tennis title of the season, overcoming an awful first set to beat Germany’s Angelique Kerber on Sunday in the final at the Cincinnati Masters.

After finishing second three times this season, Li finally lifted a trophy with her 1-6 6-3 6-1 victory. She lost in the final at Montreal a week earlier, and appeared headed for another disappointment after her poor showing in the first set.

Kerber wore down during long rallies, grabbing her ankle at times. Li broke her serve by winning a 24-point game of the second set, putting her in control. Li hadn’t won a tournament since 2011, when she won at Sydney and the French Open.

Defending champion Maria Sharapova dropped out before the tournament began because of illness.