Venus beats Stosur in a thriller

Sam Stosur has gone down to Venus Williams in a nail-biter at the Cincinnati Masters, battling for more than two-and-a-half hours before losing 6-2 6-7(2) 6-4. 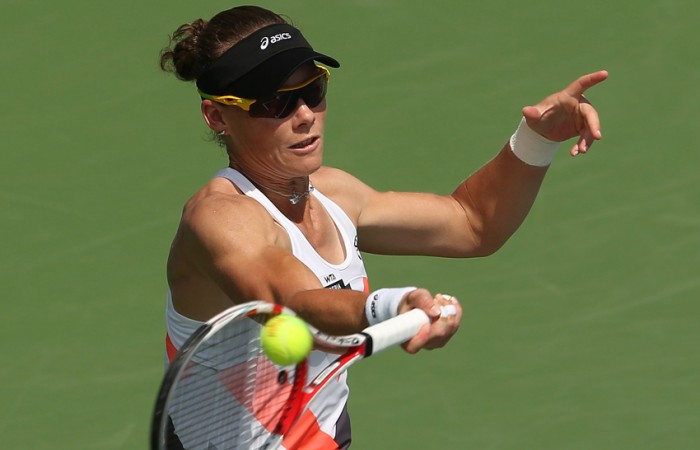 Third seed Sam Stosur has gone down to Venus Williams in a nail-biter in the Cincinnati Masters quarterfinals, battling for more than two-and-a-half hours before losing 6-2 6-7(2) 6-4.

The win extends Williams’ head-to-head record over Stosur to 6-1 and sends her into the semifinals, where she will face the winner of the Agnieszka Radwanska-Li Na quarterfinal.

It is the first time Williams has advanced to the final four of a tournament since returning to tennis in March following an illness-induced break from the game.

The American, ranked No.64 and a wildcard into the Cincinnati event, looked set to win far more comfortably if the opening stages of the match were anything to go by.

She raced to a 3-0 lead and thwarted Stosur’s attempts to come back with another service break in the sixth game on her way to pocketing the first set. When she moved ahead 2-3 and 15-40 in the second set, a routine victory seemed assured.

Yet Stosur steeled herself and fought back, saving a total of three break points in that game to hold and later snaring a break to lead 6-5.

Although she was broken when serving for the set, the world No.6 shrugged off that disappointment and took control of the ensuing tiebreak, converting on her second set point to level the match.

Williams was unperturbed, breaking serve immediately in the third set and again in the seventh game to establish a 5-2 lead. And again Stosur threatened to storm back, breaking back and bringing scores to 4-5.

But the final hurdle would prove too high to clear for the Australian. Williams served out the match, scoring her second win from three meetings against Stosur in 2012.