Stosur confident ahead of US title defence

Australian Sam Stosur heads into her US Open defence without a title since that victory, but with steadily increasing confidence. 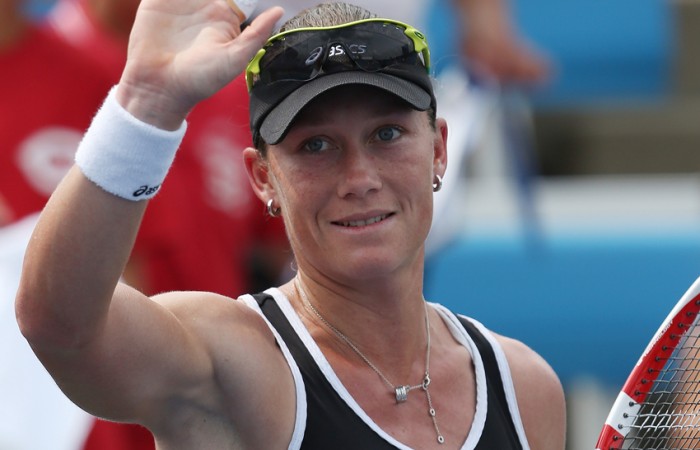 Australian Sam Stosur heads into her US Open defence without a title since that victory, but with steadily increasing confidence.

The world No.6 went out in the quarterfinals of the Cincinnati Masters on Friday, losing 6-2 6-7(2) 6-4 to 64th-ranked Venus Williams in two-and-a-half hours.

Despite the loss, it was her best showing at a tournament since the French Open, and comes just in time before her next stop at Flushing Meadows, where the US Open begins on 27 August.

“I’m looking forward to going back there,” Stosur said.

“It’s a good feeling to be going into the tournament now I think with a little bit more confidence, which is good. It’s something to look forward to.”

But Stosur, who has lost finals in Osaka and Doha since beating Serena Williams for the US Open title last September, is still searching for peak form.

“It’s always disappointing to lose when you play a good match like that and you think you’ve done enough almost to win,” Stosur said of her loss to Venus in Cincinnati.

“Still, I had three really good matches here and can get confidence and gain a bit of momentum going into New York.”

“It has flown by, to me,” she said. “All of a sudden you get to America and obviously there is that hype and we have the big lead-up tournaments. Everyone is talking about the US Open again.

“I feel like it has come by pretty fast. But I’m always going to look forward to going back there the year after you win, for sure.”

Stosur has a 4-5 record since playing in the French Open semifinals in June, where she lost to Italian Sara Errani.

She reached the 2010 final at Roland Garros, a career best.

“For sure you want to win as many matches as you can. You never want to lose. I would have liked to have won some more matches, but I can still start building that confidence,” she said.

“It hasn’t been the greatest record, but I haven’t played too many matches, either. I’m just looking at it from the way I’m playing and not thinking about how many I have lost or won.

“It’s just going out there and playing and trying to keep improving the way I’m playing.”