Asia-Pacific league to debut in Australia

The Asia-Pacific Tennis League will debut in Australia in November 2012, providing players a rung below the professional tours with regular paid competition. 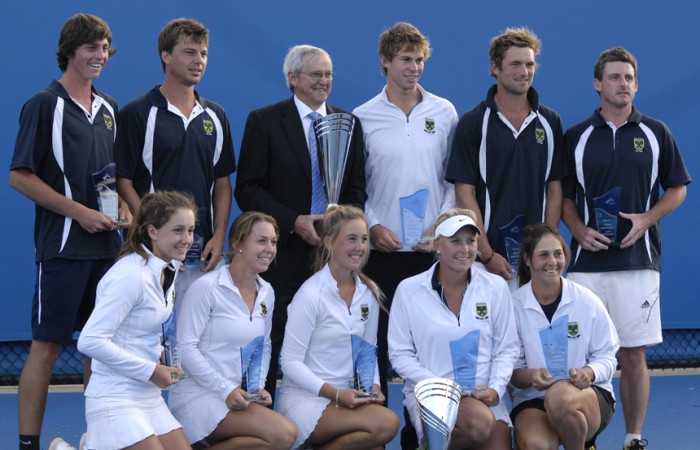 The Asia-Pacific Tennis League (ATL) will debut in Australia in November 2012, providing players a rung below the professional tours with regular paid competition.

The ATL replaces the National Tennis League, with the 2011-2012 season of that competition acting as a pilot for the ATL.

The ATL will feature both emerging and past players in 28 men’s and women’s teams across five Australian conferences – New South Wales/Australian Capital Territory, Victoria, Queensland, South Australia and Western Australia.

Alistair MacDonald, Tennis Australia’s tournaments and competitions manager, says the league will provide players with both reward and recognition.

“The format of the league is short and innovative and provides an opportunity for some of our emerging talent to compete in a team environment,” he explains.

“The players are very excited by the opportunity and the feedback has been tremendous. The competition in the pilot National Tennis League was fierce and there was a really good team atmosphere.”

The ATL conference competitions will take place in November with the winning teams from each conference progressing to the ATL Play-offs, to be played at Melbourne Park in the second week of the Australian Open.

It is expected that one team each from New Zealand, China and the Pacific Islands will be engaged to participate in the finals, completing an eight-team play-off field.

Plans are in motion to establish a New Zealand conference – with the winning team progressing to the January play-offs – while the Chinese and Pacific Islander teams would take their place in the play-offs via wildcard. MacDonald says that it is hoped these regions will eventually run their own conference competitions as well.

Tennis Australia will invest in base player payments for Australian players in the ATL, as well as in prizemoney for both the Australian conferences and play-off stages of the competition. Almost $100,000 will be offered in prizemoney during the ATL Play-offs.

Continuing the theme of innovation will be scoring system – four-game sets and no-ad scoring. More unique concepts will be announced leading up to the competition, all of which aim to make the game more exciting for both players and spectators.

Any player can nominate themselves to play in the ATL, although the National Tennis League proved that the playing standard will be extremely high. The majority of players in the pilot competition either currently or previously held ATP, WTA, Australian or ITF Seniors rankings, as well as having played at the highest competitive level in their respective states.

> Nominate for the ATL now

The ACT men’s and women’s teams that will take part in the competition are headed by former Australia pros Todd Larkham and Annabel Elwood respectively.

It is a competition requirement that every team include at least one player under the age of 18. Some of Australia’s top juniors, such as Luke Saville, Nick Kyrgios, Alex Bolt and Thanasi Kokkinakis, have also expressed their interest in competing.

Teams in the conference stage of the league will feature squads of at least eight players, with the nomination period closing on 20 August.

> Find out more about the ATL