In this week's edition of Tuesday Talking Point, we examine whether or not it's a good idea to introduce a final-set tiebreak to Grand Slam and Olympic matches. 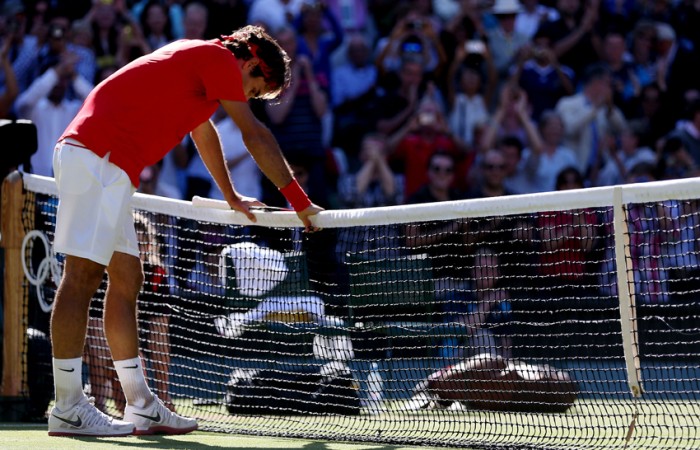 The final set tiebreak – yes or no?

In a sport as traditional as tennis, which has had comparatively few rule changes during its time compared with other sports, the adoption of the tiebreak was a monumental step. It happened in the early 1970s, when Grand Slams did away with the advantage system in all except the final sets.

It meant that we no longer saw battles such as the one at Wimbledon in 1969 between Pancho Gonzales and Charlie Pasarell, in which the final score read 22–24 1–6 16–14 6–3 11–9 in Gonzales’s favour. Spread across two days and lasting more than five hours, it was reportedly the match that precipitated the campaign to introduce tiebreaks into the scoring system.

Traditionalists could no longer enjoy those types of epic scorelines. But for television networks, sponsors, fans and the players themselves, the introduction of the tiebreak has probably been of overwhelming benefit.

Taking it one step further and introducing a final-set tiebreaker – something that only the US Open has done among the majors – represents an innovation gone too far.

Talk again surfaced of eliminating advantage scoring in the final set of matches during the London 2012 Olympics tennis event. There in the second round, Jo-Wilfried Tsonga finally defeated Milos Raonic 6-3 3-6 25-23 in almost four hours, while in the semifinals, Roger Federer needed almost four-and-a-half to beat Juan Martin del Potro 3-6 7-6(5) 19-17.

The matches wreaked havoc with the schedule, and almost certainly affected the players physically – although Tsonga miraculously won his next match to advance to the quarterfinals, Federer put in a flat performance during the gold medal match and fell in straight sets to Andy Murray.

Yet had we not had the advantage set scoring system, the Olympics would have been robbed of those classic encounters. For fans to be able to say that they saw a match culminating in such a stratospheric manner is both a rare and special occurrence. And just imagine other classic matches we would have been deprived of had the final-set tiebreak system been in place. The Jennifer Capriati v Kim Clijsters 2001 French Open final. Andy Roddick v Younes El Aynaoui at the 2003 Australian Open, and Roddick again in the 2009 Wimbledon final against Federer. There was the Francesca Schiavone-Svetlana Kuznetsova classic at Australian Open 2011. And, most notably, the record-breaking Isner v Mahut battle at Wimbledon in 2010.

Granted, player welfare and recovery comes into the equation when a third or fifth-set scoreline reaches such epic proportions. You can almost certainly pencil in defeat for the winner in their following match, given the lack of time their body has had to recover from such a gruelling battle, which would have been somewhat avoided through a final-set breaker.

But, frankly, who else does a player have but themselves to blame for getting into such a situation? Federer had the chance to end that Olympic semifinal against del Potro much earlier in the third set, when he gained a vital break and served for the match at 10-9. Yet instead of using his advantage, he played an uncharacteristically poor game and was broken to love. The epic ensued and his performance in the final was affected – it was something he could have avoided.

Introducing a final set breaker also gives matches the feeling of an exhibition. It’s a system used to make men’s and women’s doubles more attractive for fans and TV networks at tour level, with a similar scenario for mixed doubles at Grand Slams. By shortening the matches, these oft-relegated forms of the game can more easily take their place on major showcourts from a logistical standpoint, as they are far less likely to affect the singles schedule by extending beyond their allotted time. More fans get to see doubles as a result.

But should we really be advocating such a practice for the blue-ribbon singles events? Seeking to shorten matches simply to appease TV networks and schedulers tampers with the very product that is attracting people to the game in the first place.

Having players win in a final-set breaker is actually presenting an inferior product to spectators. The outcome of a tiebreak can be determined simply by a few unreturnable serves, or a couple of errant points. Should the result of a torrid battle really hinge on a couple of points tacked on at the end? Having the advantage system in place forces players to both break and hold serve to clinch victory. They are required to work harder for the win, which somehow seems more legitimate.

Ironically, the US Open’s decision to play final-set tiebreakers could well have cost one of its best players a shot at the title. Capriati fell in third set tiebreaks an unenviable three times at the US Open, first to Monica Seles in 1991, then Justine Henin in 2003 and Elena Dementieva in 2004. Having an advantage system could have helped Capriati hold aloft a cherished US Open trophy in front of her home fans, rather than fall agonisingly short.

Rule changes in sport have often led to improvements. But changes shouldn’t be made simply for the sake of it. As the old adage goes: if it ain’t broke, don’t fix it. In tennis’s case, the final set advantage set has brought us some magnificent moments and memorable matches. Why mess with a winning formula?