Upsets, injuries and illnesses has thrown the North American hardcourt season into chaos as the stars desperately try to find form ahead of the US Open. 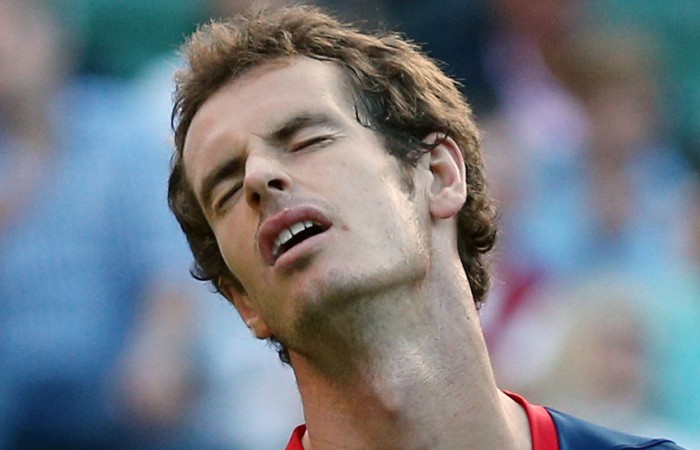 Andy Murray withdrew from the Rogers Cup ATP tennis event because of a knee injury on Thursday, the latest top player to pull out of the rain-delayed tournament.

The Olympic gold medallist hurt his left knee on Wednesday night during the opening match against Flavio Cipolla.

Murray was scheduled to face Canadian Milos Raonic in the third round on Thursday night.

“Normally when I move on to hard courts, I have 10 days or so practising and you feel things like this, but you can work around it by doing the right training and what not,” Murray said.

“I don’t want to go full out and possibly do any more damage. That was why I decided not to play.”

Murray, ranked fourth in the world, said he’s unsure whether he can play in Cincinnati next week or what his status is for the US Open.

“Over the next few days we’ll come up with a plan and strategy to either get myself ready for Cincinnati, or if not, then plan for the best way to prepare for the US Open,” Murray said.

“But today I won’t think about any strategies or whatever. It’ll just be about what’s the next move and where do we go from here.”

Murray’s withdrawal closely followed the upset losses of high seeds Jo-Wilfried Tsonga and Juan Martin del Potro, who both lost in the second round.

Roger Federer and Rafael Nadal withdrew before the tournament began, as did an ill Maria Sharapova from the women’s Rogers Cup event being played in Montreal.

Joining Sharapova on the sidelines were former No.1’s Ana Ivanovic and Jelena Jankovic.

Ivanovic suffered the ignominy of her first-ever 6-0 6-0 defeat when she capitulated to Italian Roberta Vinci, while Jankovic fell 6-2 6-3 to Canadian wildcard Aleksandra Wozniak.

Jankovic has now lost her opening match at 12 of her last 16 tournaments.

World No.28 Vinci needed just 44 minutes to oust the 11th seeded Ivanovic, who had three game points in the match but never converted.

“I forced a little bit. It was bad already without that. It was really, really tough for me out there.

“I was struggling to find my feet and get two consecutive balls in the court. Against players like Roberta who don’t make many errors, it’s always going to be tough to win like that.”

Rafael Nadal on Thursday withdrew from next week’s Cincinnati Masters due to his continuing knee injury, the Spaniard said on his Twitter feed.

“I can not participate in the tournament in Cincinnati. I’m still not able. I have unforgettable memories of 2008. I continue recovering,” the world No.3 tweeted.

The event, the last major tuneup before the US Open begins on 27 August, was the third straight summer pullout for Nadal, who also missed the Olympics and this week’s Masters 1000 event in Toronto.

Nadal last played on Jun 28 at Wimbledon, where he lost in the second round to Czech Lukas Rosol.