Samantha Stosur has opened her American hardcourt campaign with a much-needed victory at the WTA event in Montreal. 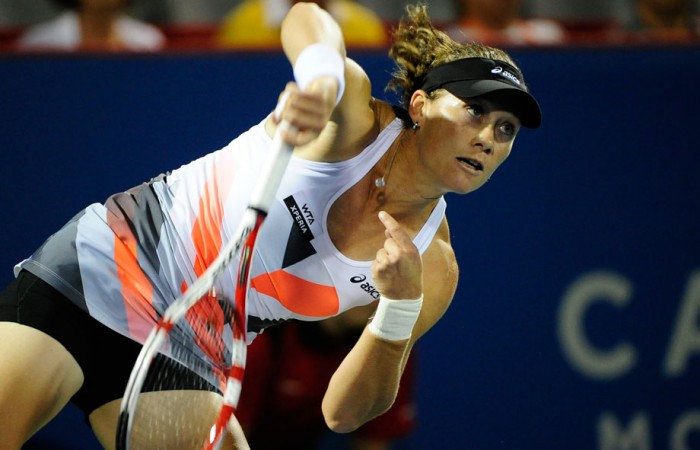 Samantha Stosur has opened her American hardcourt campaign with a much-needed victory at the WTA event in Montreal.

After a first-round bye, Australia’s reigning US Open champion was leading Simona Halep 7-5 4-4 when the Romanian retired injured.

The win was only Stosur’s second since reaching the French Open semifinals in June on clay.

The world No.5 endured a disappointing grasscourt season with a second-round exit at Wimbledon and first-round loss at the London Olympics.

Fourth-seeded Stosur next faces Czech Lucie Safarova for a place in the quarterfinals as she tries to rebuild her form and confidence before beginning her US Open title defence in two weeks.

World No.2 Maria Sharapova withdrew from the event on Wednesday citing a viral infection.

The Russian Olympic silver medallist joins US gold medal winner Serena Williams in missing the event, which falls directly after the end of the Games’ tennis competition.

“I’m sorry not to be able to play,” Sharapova said. “I have a bad viral infection, which I must have picked up after London.”

Sharapova will be replaced in the draw by Galina Voskoboeva of Kazakhstan.