In the inaugural edition of our Tuesday Talking Point, we look at whether players should receive more rankings points for playing at the Olympics Games. 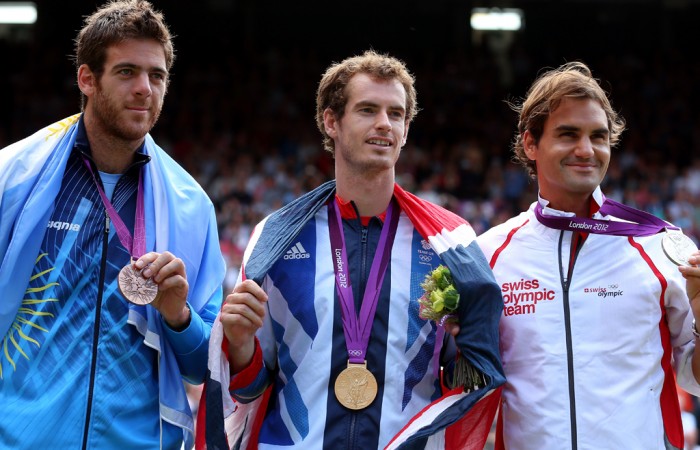 Should players receive more rankings points for playing at the Olympics?

Tennis’ presence at the Olympic Games has always been a slightly contentious one. It’s often said that Olympic gold should represent the pinnacle of achievement in any Olympic sport, yet this is not the case for tennis, with the four majors instead generally considered the most prestigious prizes. And with the Olympics traditionally – yet less these days – celebrating amateur athletes, tennis’ highly developed professionalism sets it at odds with this ethos.

But regardless of what people may think, tennis continues to cement itself as an increasingly legitimate event at the Games. The number of tennis players nominated as their country’s flag-bearer for London 2012 was unprecedented, as was the strength of this year’s men’s and women’s draws. Top player participation is something that has improved with each Olympiad since 1988.

That’s because for the players, the Olympics means a lot. World No.1 Roger Federer has talked openly in 2012 about structuring his whole season around peaking for the Games. The lure of the Olympics is what motivated Venus Williams to drag herself back onto the tour while suffering from an auto-immune condition simply to qualify for London 2012. Atlanta 1996 gold medallist Andre Agassi describes his Olympic win as his greatest accomplishment in tennis.

The only thing not in keeping with the tennis world’s pro-Olympic culture is the ranking points that are awarded. Currently, the men’s gold medallist is awarded a paltry 750 points, putting their achievement, on paper at least, slightly above that of winning an ATP 500 event, yet less than a Masters Series title.

The WTA tour considers the achievement even less worthy, awarding the women’s gold medallist just 685 points (yet, a little ludicrously, 470 points for silver medallists, while the ATP awards 450). That places the Olympic tennis event on a rung under the Premier 5 events of Dubai, Rome, Montreal, Cincinnati and Tokyo, which each award the winner 800 points. (On a side note, the WTA’s insistence on weighting runner-up performances so heavily – including at Grand Slams where women’s finalists gain 1400 points while men’s finalists get 1200 – perhaps explains the tour’s unfortunate recent history of what some have described as the “illegitimate” No.1s like Jelena Jankovic, Dinara Safina and Caroline Wozniacki.)

But back to the issue at hand. The tennis world is known for granting unofficial “fifth major” status to tournaments, including the respective year-end championships on both the ATP and WTA tours. The Olympic tennis event is also in this category, with Olympic gold widely considered as the next best achievement to winning a Grand Slam trophy. It’s even grouped with the Grand Slams in conversations pertaining to “Golden Slams”, or as Serena Williams recently achieved in London, the “Career Golden Slam”.

So if the Olympics is going to be considered the “fifth major” – player commitment to the event and their reaction to winning medals is already testament to this – then it needs to be treated that way in the rankings.

Currently, the tournament with the highest point allocation below Grand Slam level is the ATP World Tour Finals and the WTA Championships, with each offering 1500 points to the winner. The Olympic gold medallists should be entitled to something similar, with other medallists and competitors also awarded higher tallies accordingly for whatever stage of the event they reach.

With this system in place, London gold medallist Williams would have moved inside the top three of this week’s WTA rankings – rather than being stuck at No.4 – which better reflects her excellent season highlighted by the Wimbledon and Olympic titles among five tournament wins.

Either that, or you simply don’t award ranking points at all. This would mean players simply compete at the Games for the opportunity to represent their nations and write themselves into the record books of the greatest sporting event in the world. It used to be this way when tennis returned to the Olympics at Seoul in 1988, until points were introduced for men in 2000 and women in 2004.

Realistically, however, players cannot be expected to participate in an event of such prestige without it literally impacting on their standing within the game.

And with that in mind, it must be a generous amount of ranking points that are available to players to reward their achievements at the Olympic tennis event. Not as many as the Grand Slams – they deserve to retain their standing as the most heavily awarded tournaments thanks to their size, length, strength of competition and undeniable history in the game. But a tally somewhat equivalent to the prestigious tour finals would help give the Olympic tennis event an official stamp of approval, and support the recognition it already unofficially receives within the tennis community.