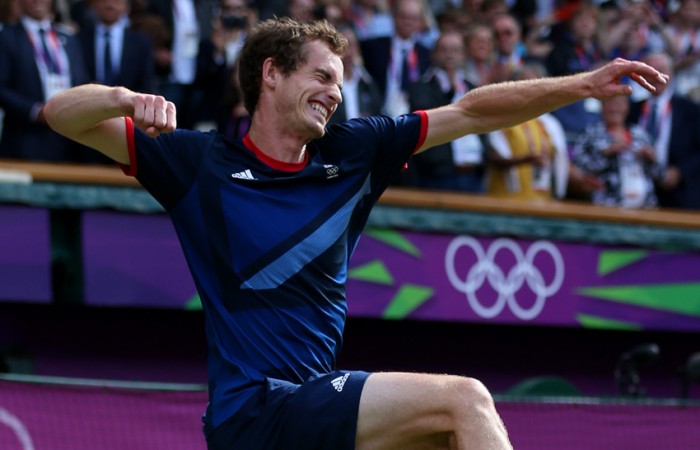 Having lost his first four major finals, finally it was Andy Murray’s turn to add his name to the winner’s list.

In front of a wildly patriotic crowd on Wimbledon’s Centre Court, Murray bested Federer for the first time in a five-set match, and in the process gained revenge for his defeat to the Swiss in the Wimbledon final one month ago.

The win capped a magnificent week for Murray at London 2012. It meant that he had beaten the world’s top two players – after dismissing No.2 seed Djokovic in the semifinals – on his way to the title.

“I’ve had a lot of tough losses in my career,” Murray said.

“This is the best way to come back from the Wimbledon final. I’ll never forget it.”

Murray almost pulled off a spectacular golden double, returning to court following his singles victory alongside Laura Robson for the mixed doubles final.

However, in a nail-biting match, the Brits were trumped by Belarusian top seeds Victoria Azarenka and Max Mirnyi 2-6 6-3 [10-8].

Muray completed his singles triumph in less than two hours, playing aggressive tennis and committing to his shots in a way that critics of his defensively-minded game have long called for.

He smacked more winners than the Swiss (27-24) and kept his unforced errors to 17 (compared with Federer’s 31). He slammed a hat-trick of aces on the final three points of the match to wrap up a famous victory.

“He was much better than I was today,” Federer said, perhaps a touch flat on Sunday following his bruising four-hour semifinal win over Argentinian Juan Martin del Potro two days earlier.

“Andy looked like he was never doubting himself. He had a clear plan. But still I’m very happy with the silver.”