Sam Stosur and Lleyton Hewitt will now open the Day 8 Olympics tennis schedule on Centre Court following a wacky Day 7 at the All England Club. 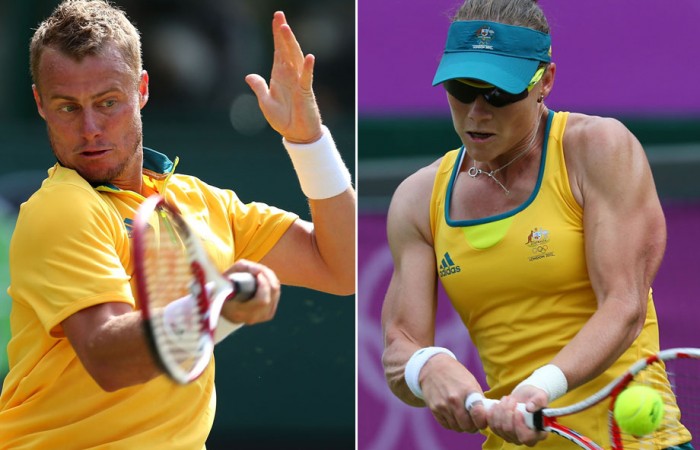 Federer’s 19-17 victory in the third set against del Potro – a match that took almost four-and-a-half hours to complete – meant that Andy Murray’s semifinal against Novak Djokovic later on Centre Court did not finish until after 8.30pm London time.

With the light rapidly fading it was impossible for him to partake in his scheduled mixed doubles quarterfinal against the illustrious Aussie duo alongside partner Laura Robson.

Stosur and Hewitt will now battle Robson and Murray in the first match of the day on Centre Court on Saturday, scheduled for 9pm AEST.