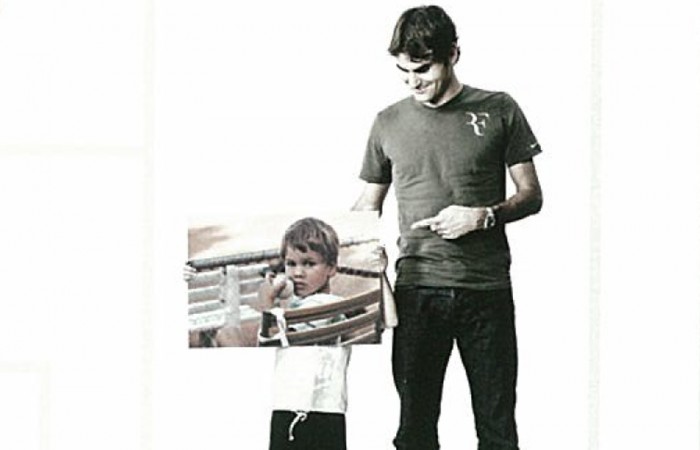 As part of a special Olympic book produced by the International Tennis Federation (ITF), Roger Federer posed for photographs and chatted about his Olympic heroes.

Yet one of Kai Caligari’s Olympic heroes is Federer himself, and the six-year-old from Ocean Grove, Victoria enjoyed a magnificent opportunity to pose with the Swiss at this year’s Australian Open as part of the making of the book. 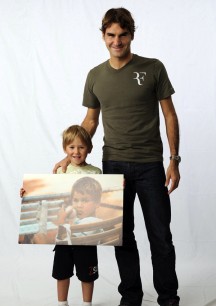 Federer, a doubles gold medallist at Beijing in 2008, was one of 36 top tennis stars who posed with photographs of themselves as children and discussed their sporting heroes, all for inclusion in the ITF’s book Aspire, Inspire: Celebrating Tennis at the Olympics 2012.

For Caligari, having his photo taken alongside one of his favourite athletes was a great experience.

“It was cool fun … Tennis is my favourite Olympic sport,” he enthused.

“I think Australia will win the most gold medals (at London 2012) and Cadel Evans is my favourite Olympic athlete because he lives near us at Barwon Heads. I am really looking forward to watching the pole vault because I don’t know how they jump that high.”

Aspire, Inspire: Celebrating Tennis at the Olympics 2012 is a limited edition promotional publication, and is not for sale.

However, tennis and Olympic fans have the chance to win their own copy of the book by entering the ITF’s daily competition, running each day of the Olympic tennis event and ending on 5 August.

It is also now available for viewing online as a flip-book publication.

Aspire, Inspire: Celebrating Tennis at the Olympics 2012 was launched at this year’s Wimbledon Championships on 4 July.