Sam Stosur has been seeded No.5 at the upcoming Olympic tennis event at the London 2012 Games. 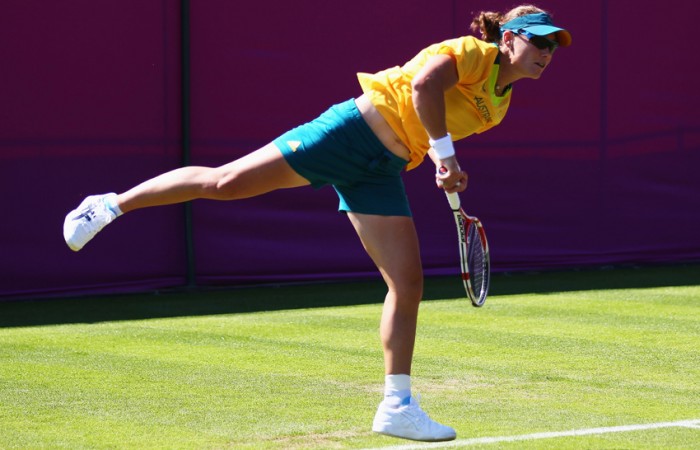 Sam Stosur has been seeded No.5 at the upcoming Olympic tennis event at the London 2012 Games, where she will look to improve on her second round finish at the 2008 Beijing competition.

Stosur is the only Australian to be seeded in singles when the tennis event kicks off at Wimbledon. World No.49 Bernard Tomic and 158th-ranked Lleyton Hewitt – who gained entry into the draw courtesy of the ITF – were not ranked highly enough to secure a top-16 seeding.

> check out snaps from the Aussie team’s practice session

Victoria Azarenka heads the women’s draw as the top seed, while recent Wimbledon champion Roger Federer will be the No.1 seed in the men’s singles.

Stosur will be keen to take advantage of her lofty mark, which ensures that she will not meet any other seeds until at least the third round.

She will also look to build on her mediocre record at the All England Club, a venue at which she owns a win-loss record of 6-10.

The Olympic tennis event begins on Saturday 28 July and concludes on Sunday 5 August.

OLYMPIC SEEDINGS (based on rankings at 23 July)