UPDATE: Lleyton Hewitt could afford to count the positives after a tight loss to John Isner in the final of the ATP Hall of Fame Championships. 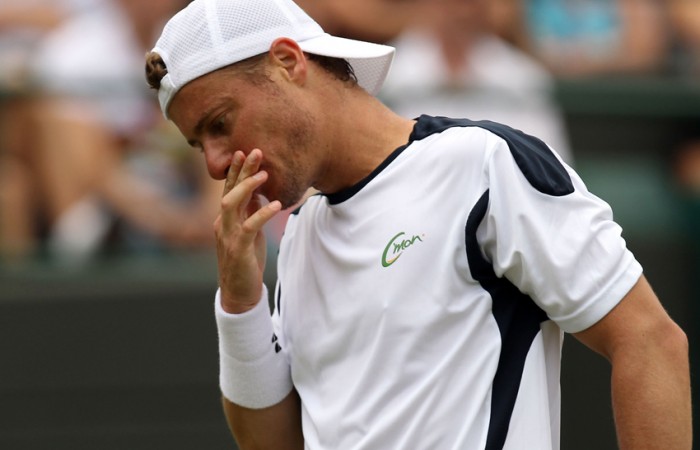 Lleyton Hewitt could afford to count the positives after a tight loss to John Isner in the final of the ATP Hall of Fame Championships.

Big-serving Isner belted 16 aces and grabbed the only service break early in the second set in a 7-6(1) 6-4 win to retain his title at Newport, Rhode Island, inflicting Hewitt’s only career loss in a grass court final.

But 31-year-old Hewitt was satisfied to get a full tournament of grasscourt matches under his belt before his wildcard singles appearance for Australia in the London Olympics at Wimbledon.

And there was the added bonus of rising 83 places in the world rankings to No.150 in just one week.

“It’s done a lot of good for my confidence,” said Hewitt. “A lot of positives have come out of this week.”

Hewitt played the tournament for the first time since 1998, badly needing a run of grasscourt matches after early losses at Queens and Wimbledon last month in his comeback from toe surgery.

“Grass is a tough surface to come back on after any kind of surgery, and especially foot surgery, where my movement is such a big thing, because on grass you’re in the wrong positions a lot of the time.

“You’ve got to have that confidence in your footwork.

“Even at Wimbledon, I didn’t feel totally comfortable with my footwork and it’s taken matches and practice and a lot of time over the last week-and-a-half here in Newport and I feel like that’s starting to come, which is a good thing, not only for the Olympics in a couple weeks time, but obviously looking forward to the US Open and the rest of the year.”