On court and off, Serena Williams is serving it up to her rivals and now she's hoping to slam the door shut on any further discussion about equal pay in tennis. 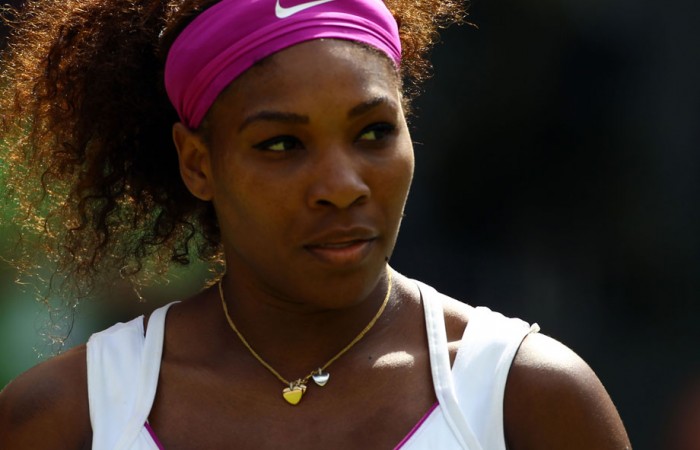 On court and off, Serena Williams is serving it up to her rivals and now she’s hoping to slam the door shut on any further discussion about equal pay in tennis.

Williams rocketed down a Wimbledon-record 23 aces on Saturday to reach the last 16 at the All England Club club – and then took aim, once more, at those insisting women’s players don’t deserve the same cash rewards as the men.

The issue has been swirling around at Wimbledon since day one when Frenchman Gilles Simon, newly elected to ATP players’ council, said men deserve more because they play best-of-five sets while women only play a maximum of three.

“I made a comment on it already. So I feel like we all deserve what we deserve,” said Williams, a 13-times grand slam champion, former world No.1 and winner of $US36,046,313 in career prize money.

“I deserve to get paid the same amount. I don’t deserve less cos I have boobs and they don’t.

“That’s definitely not the case. I worked just as hard since I was three.

“I think they worked hard since they were three, four, two, whatever the case is.

“I definitely know my whole life has been dedicated toward being a top athlete and I shouldn’t get paid less because of my sex.”

The debate rages over and over, major after major, but Williams has grown bored with the topic.

Echoing world No.1 Maria Sharapova’s sentiments, Williams said as many people come to watch her as any of the top men – as was evident when court 18 was packed for Serena’s and sister Venus’s first-round women’s doubles match.

“Whenever I play, I get a lot of people in the stands,” Williams said.

“I’m not trying to pontificate or anything, but a lot of people do definitely show up.

“So that’s what it’s about. You got to be able to bring the crowd.”