Roger Federer worked another miracle as he recovered from two sets to love down for the eighth time in his career to beat Julien Benneteau 4-6 6-7(3) 6-2 7-6(6) 6-1 on Friday and reach the fourth round of Wimbledon. 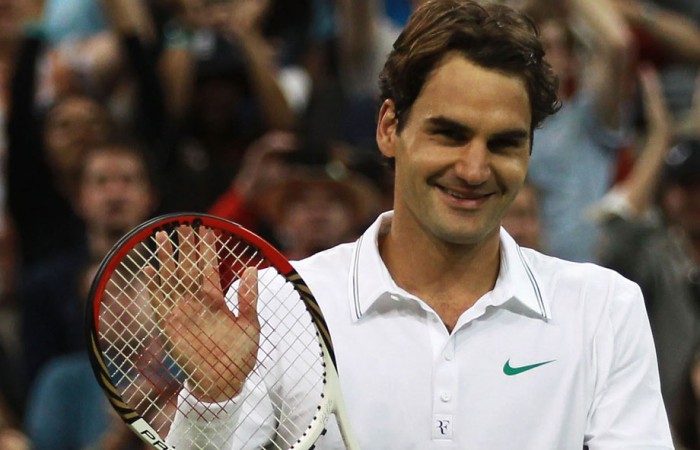 Roger Federer worked another miracle as he recovered from two sets to love down for the eighth time in his career to beat Julien Benneteau 4-6 6-7(3) 6-2 7-6(6) 6-1 on Friday and reach the fourth round of Wimbledon.

The six-time champion looked in serious trouble before Benneteau started cramping early in the fifth set, receiving massages at his chair at changeovers on the way to defeat.

Federer’s win improved his Wimbledon record to 62-7. He lost his last match to Benneteau three years ago at Paris Bercy.

The outdoor match was controversially played with the Centre court roof closed all day as timid officials worried about weather on what turned into a totally dry and sunny afternoon.

Federer said he was glad to survive the onslaught after a slow start.

“It was a tough match, oh my god, it was brutal,” said the player who has already taken back the number two ranking after the second round exit 24 hours earlier of Rafael Nadal. He could end atop the table again with a title.

“I may have had some luck on my side in the end, who knows.

“He was he obviously hurt in the fifth set. The secret for me was to stay clam when people are freaking out.

“I didn’t have many lives left out there. I had to play tough and focus on each point – it sounds boring but it’s the right thing to do.”

“Playing indoors was a change, I’m glad to get this one out of the way.”

Federer struggled for most of the three and a half hours on court as Benneteau, ranked 32nd, had his way. But the Swiss slowly turned the corner and had some luck when his opponent began to feel his exertions in the closing stages.

The Swiss will have the weekend off before returning on Monday for the fourth round against 2002 semi-finalist Xavier Malisse after the Belgian beat Spain’s Fernando Verdasco 1-6 7-6(5) 6-1 4-6 6-3.

Men’s holder Novak Djokovic, the top seed, also had his troubles, losing the first set but coming back to beat Czech Radek Stepanek 4-6 6-2 6-2 6-2.

“It was a very enjoyable match, when you’re playing this well you want to enjoy every single shot,” said Djokovic, “He played terrific in the first set, hitting big serves and catching the lines.

“It was tough, but I played the last three sets extremely well.”

Djokovic said the Nadal loss did not enter his mind after losing the first set.

“I was focussed on my opponent, he’s a tricky player and very experienced. He’s one of the few who comes to the net after every first serve. He has a lot of shots that can hurt anyone.”