Rafael Nadal crashed to his worst Grand Slam defeat in seven years on Thursday when Czech journeyman Lukas Rosol, the world No.100, pulled off one of the greatest upsets in Wimbledon history. 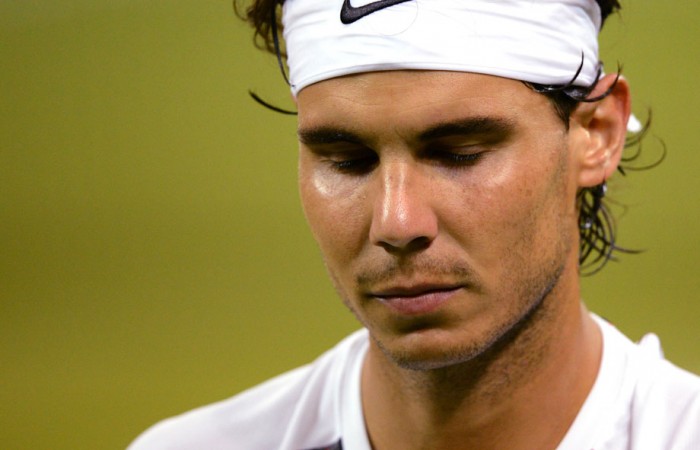 Rafael Nadal crashed to his worst Grand Slam defeat in seven years on Thursday when Czech journeyman Lukas Rosol, the world No.100, pulled off one of the greatest upsets in Wimbledon history.

It was a stunning upset as Nadal slumped to his earliest exit at a major since the same stage of the 2005 Wimbledon championship when he was beaten by Luxembourg’s Gilles Muller.

It was also eerily similar to Nadal’s stunning 2009 French Open fourth round loss to Robin Soderling when the Swede unleashed a barrage of destructive free-swinging tennis to destroy the Spanish star.

“It’s like a miracle for me. So many emotions. He’s a superstar, I am sorry for that. I played unbelievable. I guess Nadal is only human,” said Rosol, who played the match at a breathtaking speed.

He is also the lowest ranked player ever to beat Nadal at a Grand Slam and has now matched his best ever performance at a major, having reached the third round at the 2011 French Open.

A dramatic evening of Centre Court action, which saw a 45-minute delay as the roof was closed to allow the fifth set and the match to be completed, will go down in history as one of the sport’s biggest shocks.

Nadal had played in the past five Grand Slam finals and was fresh from a record-breaking seventh French Open triumph, which had confirmed his status as one of the sport’s greatest players.

But Rosol put on an awesome display of sustained, big-hitting that left Nadal stunned and bewildered.

Nadal, the champion in 2008 and 2010, and arriving at Wimbledon having captured a record seventh French Open title, had taken the first set in a tiebreaker before his campaign unravelled.

After Rosol had levelled the tie and taken a 2-1 lead on a break in the third, it was clear that the Czech was getting under the Spaniard’s skin.

Nadal complained to the umpire over his 26-year-old opponent’s constant skipping around on the baseline and his distracting habit of swishing his racquet from side to side as he was preparing to serve.

He was broken to trail 2-1 and the players were involved in a shoulder-charge at the changeover.

When Nadal went long to drop the third set, the historic upset was on the cards, especially with Rosol regularly hitting returns at 137 kmph.

But Nadal dominated the fourth set, stretching to a 4-2 lead with a break and securing it 6-2 with a combination of stirring defence and thrilling counter-attacks.

All England Club officials insisted the match should be finished so the Centre Court roof was closed, which meant a 45-minute delay before the conditions were right for a fifth set.

On the resumption, Rosol, playing a five-set match for just the third time in his career, broke in the first game and then held his nerve.

He sent down his 21st ace to go to match point and then claimed his historic win with a 22nd to take his place in the record books.

Rosol will face German 27th seed Philipp Kohlschreiber for a place in the last 16.